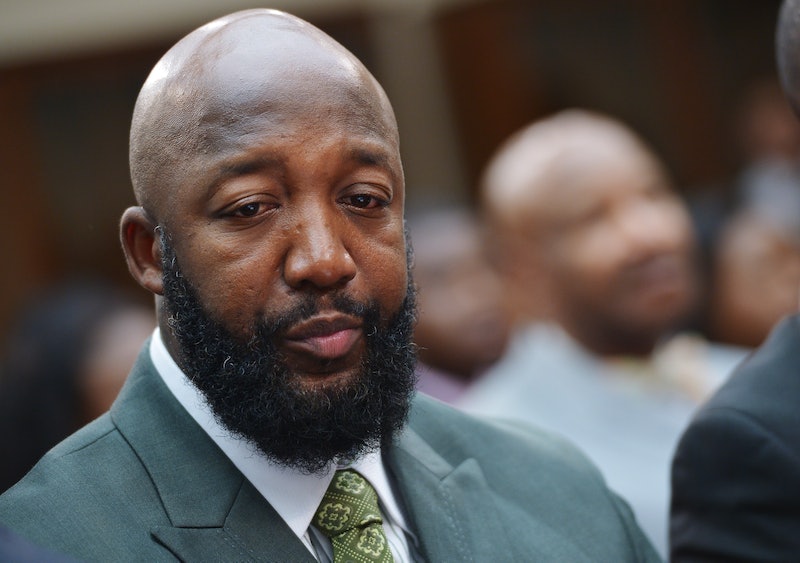 On Wednesday, the man who in 2012 became the face of the justice system's disregard for minority Americans' lives showed how truly despicable he really is. Not only did George Zimmerman kill a teenager walking through his Florida suburb (he claims the shooting was in self-defense, and was ultimately acquitted), but he's now trying to profit from the act by auctioning off the gun he used. And even worse, he plans to donate part of the profit to fight the Black Lives Matter movement, which is trying to stop more deaths like Martin's from happening. Zimmerman's actions deserve no respect, and yet the Martin family's dignified response keeps above the fray.

Update: As of Thursday morning, Zimmerman's auction has been deleted from GunBroker.com.

The Trayvon Martin Foundation is committed to its mission of ending senseless gun violence in the United States. We are laser focused on furthering that mission. As such, the foundation has no comment on the actions of that person that murdered Trayvon. Please visit us at www.trayvonmartinfoundation.org to find out more about the work that we are doing and how you can help.

Can you imagine? Someone ends the life of your child, is acquitted of any crime, and then goes on to spew violent racial hatred, all while profiting from the situation? I cannot. Tracy Martin, Trayvon's father, who released the statement, should be commended for his ability to look forward in an attempt to help others at a moment like this. It is truly remarkable.

Zimmerman, on the other hand, has shown no consideration for the Martin family, or for other American families who have been the victims of gun violence. Asked by Florida television channel WOFL what he would say to people opposed to the sale of the gun, he responded, "They're not going to be bidding on it, so I couldn't care less about them."

Zimmerman called the gun an "American icon," and listed it on GunBroker.com with a starting bid of $5,000. In addition to donating money to fight Black Lives Matter, he said he would fight Hillary Clinton's "anti-firearm rhetoric" as well as "ensure the demise of Angela Correy's [sic] persecution [sic] career." (Corey is the Florida State Attorney who led the case against Zimmerman). "I'm a free American," Zimmerman told WOFL Wednesday. "I can do what I’d like with my possessions."