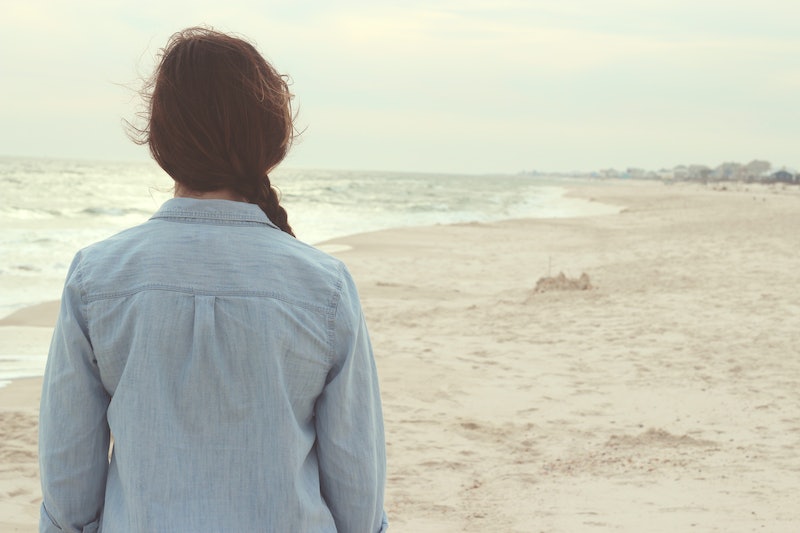 I was in shock. I didn’t want to know how easy it was for attempted sexual assault to take place, the prevalence with which it happened. And more than anything, I didn’t want to know that a perpetrator could be somebody I had respected, was friends with. I just wanted to curl up under the bed sheets and fall asleep — to gain some distance between myself and this night.

I lay on the bed and looked up at the ceiling of my boyfriend’s room. I heard him push open the door. He was still a little tipsy, unlike me — I had been designated driver for the night. As I slowly sat up, my boyfriend could tell something was wrong. “You okay?” He asked, lying down on top of the bed covers next to me.

“She could have been raped,” I said to him. The word seemed so severe, yet no other word fit in its place.

“What?” he asked, looking a bit puzzled.

“He could have raped her,” I replied.

"Laura" (all names have been changed) was a freshman with brown hair and a kind smile — quiet when you first met her, but bubbly and energetic as she came into her own. I hadn’t paid much attention to her at the beginning of the party, but by the end of the night, it had become clear that she'd had way too much to drink. She was sitting in the backyard with her head between her knees. A junior guy had his arm around her, talking in her ear. There were people all around, but everyone was in their own drunken haze. I went over to ask if she needed a ride, and the situation slowly became confrontational. Laura was too dizzy to be encouraged to move to the car, and the guy kept saying she was fine.

“Maybe I was being overprotective, overreacting,” I said. I wanted so badly to push away my doubts. But Laura had been so drunk she could barely speak. The thought of her alone with a guy in a room scared me.

“I’ve got this. Don’t worry about it. She’s good with me,” he said with a slight slur, pulling her closer to him with his arm.

“It’s cool, I’ve got a car and I’m sober,” I responded. I reached down for her hand, but she moved them both up to her face, shaking her head and leaning away from the guy. “Laura,” I said, looking straight at her, “I really think it’s time for you to come home.”

Laura began to lean further out, shrugging her shoulders as if to shrug him off, but he held her there tightly.

“No.” I said firmly, “She needs to go back now, and she needs someone sober to take care of her.”

“Stop being such a bitch. Everything is under control,” he snarled under his breath. Startled by the display of hostility from a guy I had never seen as anything but goofy and fun, I called over another girl to help. We finally got Laura in the car and got the guy to leave her alone, but I still felt shaken.

“Maybe I was being overprotective, overreacting,” I said to my boyfriend. “Maybe it truly would have been fine?” I wanted so badly to push away my doubts. But Laura had been so drunk she could barely speak. The thought of her alone with a guy in a room scared me. Was I just a party pooper? The way he had said “bitch” rang in my ears.

“He’s just like that with girls sometimes,” my boyfriend said. “But it’s probably a good thing you drove her home.”

I didn’t know how to respond. What was that supposed to mean? Did it mean I had done the right thing? That something bad probably would have happened otherwise? And how was he being so nonchalant about it?

“I don’t know. I just don’t get why you are making such a big deal of it. If she wanted to say ‘no,’ she could have. Clearly, she wanted it.”

I was flabbergasted. Laura had been too drunk to speak in coherent sentences, which meant she was in no place to give consent, let alone fend for herself. Everything about the situation became even more real to me. I became aware of how deeply ingrained these victim-blaming attitudes are within our culture, even among people I expect to know better. I became aware of how a situation like this can be viewed as so normal. "Of course a young freshman would be excited by the attention of an older guy. Of course she wanted something if she had dressed that way and gotten that drunk."

When I consider this, I think that we shouldn’t be surprised by the alarming statistics reported year after year about American colleges. One in five women are sexually assaulted by the time they graduate. That means every fifth woman in a room, every fifth woman you pass on the quad, every fifth woman in your sorority. Women are often told to look at these statistics and think that it is our responsibility to watch out for our friends, that it is our responsibility to be careful with how much we drink so we don’t get taken advantage of. I guess I never realized that guys aren’t told these same messages — because for the most part, they don’t need to be. They don’t generally have to worry that their guy friend will be targeted by a sexual predator if he gets blackout drunk. They don’t have to worry about taking a couple extra shots. They don’t have to worry about walking anywhere alone.

But why does that mean that they should be left out of the dialogue? Can’t they play just as big a role in stopping assaults from happening? Whether it be by intervening if a friend is “too drunk to make the right call” or condemning the actions of friends when they seem like they might be about to (or do) cross a line? Don’t get me wrong, I think men and women both play a role in continuing a culture of victim blaming. Both need to raise their awareness and their attitudes. But men matter in this.

Seeing my boyfriend respond the way he did, with such a lack of awareness or concern, was jolting. But nobody had ever explained sexual assault to him the way that they had to me. His denial of its prevalence was thicker than mine. All I'd needed to "get it" was to witness this one scenario. He needed a bit more time to process, but he did eventually get there. He spoke with the guy (no longer much of a friend) and warned other friends they shared about the behavior he had witnessed. He signed up with me to take the bystander intervention training provided by our school's Women Center.

There are so many ways people can take a stand against the rape culture and sexual assault on their campuses. Some may require a bit more convincing than others, but this isn't going away until more people's gut reaction switches from "This isn't my problem" to "I can be part of the solution."