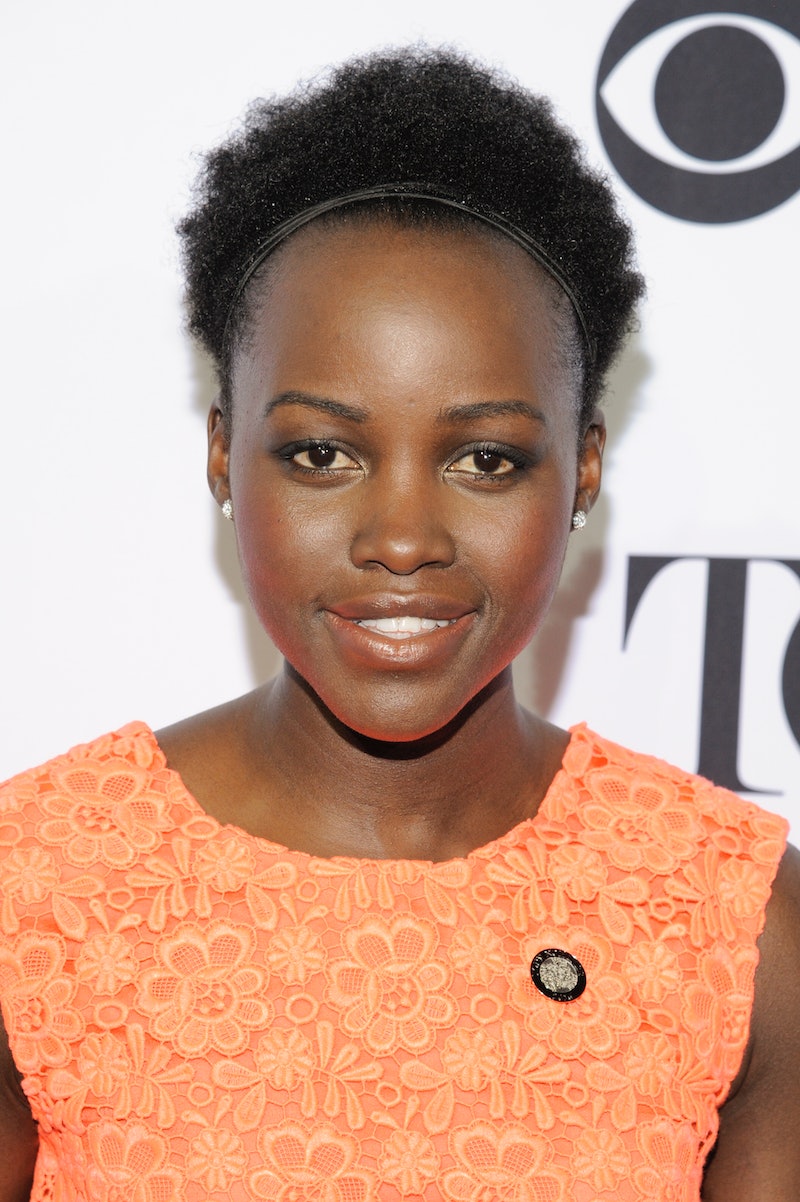 Word has escaped from Hollywood and out into the atmosphere that the ever-brilliant Lupita Nyong'o is in talks to join Marvel's upcoming Black Panther , according to The Hollywood Reporter. This is exciting news no matter which way you slice it. To begin with, Black Panther is already earning cheers and curiosity of what's to come due to the titular hero's appearance in Captain America: Civil War. And with news that Nyong'o is poised to join, I don't think I'm alone in saying Black Panther is officially the one superhero movie in production right now that is worth tracking. Why? Because there is no other actor more appropriate to join this project.

Recently, the Nyong'o train has again picked up speed after a few quiet years. Roles in Star Wars: The Force Awakens and The Jungle Book and the upcoming The Queen of Katwe all signal a return to form for Nyong'o. What does this short but prestigious roll call indicate about her future with Black Panther? Nyong'o is already a legend in her own right and, best of all, she is still in the early phases of her film career. Her performance in 12 Years A Slave as Patsey rightfully demanded everyone's attention. Each of Nyongo's characters after Patsey exhibit a wide variety qualities that are wonderful to be seen of women on screen: maternal, sagacious, strong, emotionally accessible, independent, and fearless.

Whether it's Patsey or Maz Kanata or Raksha, Nyong'o previous roles all lay a foundation for the character she could be playing in Black Panther. So, who exactly will Nyong'o be playing? Well, there are a few exciting options. One option would be an American woman named Monica Lynne, who was saved by Black Panther and brought back to his native Wakanda to live with him for a time. The other option — perhaps the more exciting one, too — would be as a one of the Dora Milaje, the Black Panther's all-female bodyguard squad. Nyong'o as one of the Dora Milaje stirs up images of Wonder Woman and her Amazonian roots, which could make for a great angle in Black Panther.

Nyong'o's roles are all spot-on relevant for a woman in the Marvel universe. Marvel women are not tired female tropes. Nor do Marvel films take especial care to portray reductive versions of their female characters. On the contrary, Marvel has a great knack for making female love interests anything but simpering damsels-in-distress. Whether it's Black Widow, Gwen Stacy, Hope van Dyne (aka The Wasp), Agent Carter, Jane Foster or Pepper Potts, to be a love interest in the Marvel canon is to also have a kick-ass sense of agency and identity.

Nyong'o's work is the work of a Marvel woman. She will be an especially vital and wonderful addition to a film that is already ridiculously exciting to watch develop. **Well, your guess is as good as mine but either way, I'm ready for Nyong'o to officially sign on!