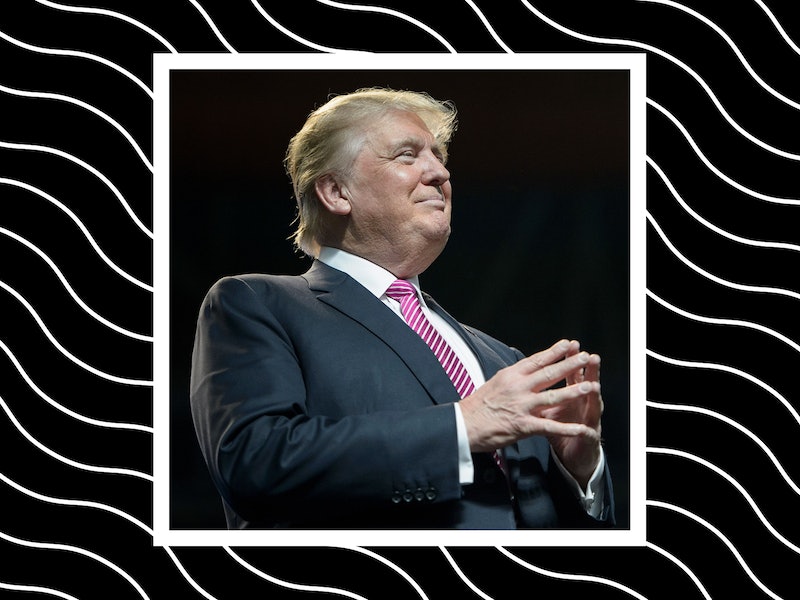 It was the butler in the library with the candlestick. Or Facebook post, in this case. On Wednesday, Donald Trump's former butler Anthony Senecal ranted about killing President Obama on social media, as Mother Jones reported. Senecal's post also praised Trump, who could end the "gut[ting of] the America we all know and love." Meanwhile, another volatile fan of the presumptive Republican nominee was also raging on social media: Former KKK Grand Wizard David Duke compared Trump to George Washington on Twitter.

These two incidents by two different Trump fans are not unrelated, nor are they merely united in the fact that the people behind them are both off their rockers. They represent a certain culture that Trump fuels with his "Make American Great Again" slogan — Senecal and Duke both appear to yearn for a past America and bemoan the loss of it without understanding that that America never existed in the first place.

Granted, Trump's campaign has been careful about distancing itself from Duke and Senecal. Trump has personally disavowed Duke, and a campaign spokesperson said to Mother Jones regarding Senecal, "This individual has not worked at Mar-a-Lago for many years." But to me, such distancing comes across as superficial when the Trump campaign continues to benefit and be fueled by the kind of people those men represent.

Senecal, who worked as Trump's butler for 17 years, ranted that Obama "should have been taken out by our military and shot as an enemy agent in his first term." He called for "an end to the corruption of the American people (YOU)." It's not his first rant against Obama or the imaginary destruction of America. As Mother Jones reported, in past posts, he even said, "I feel it is time for the SECOND AMERICAN REVOLUTION !!!!!"

Duke's tweets were not as NSFW but just as wild-eyed. He said, "What’s amazing is that Trump is the ONLY candidate defending the people whose forefathers created America! ABOUT TIME!” According to Duke, Washington and Trump were alike because both were "non-interventionist." Duke then began floating a #TrumpDuke2016 campaign featuring the founding father.

Yes, Washington is, indeed, holding a machine gun while looking bored in that first picture.

Senecal and Duke are only two examples of a segment of Trump followers who interpret "Make America Great Again" with a misguided rage. You and I may see Trump's slogan as cheesy and easy to mock (Make Donald Drumpf Again; Make America Bae Again), but there are people with whom it deeply and dangerously resonates — and they have made it their dogma. While by no means do all Trump supporters feel this way, there's an especially angry strain who not only condemn the current landscape of America, but also hold a deluded recollection of what they think America used to be.

For people like Duke and Senecal, Trump appears to be a conduit for an existing rage. I also believe there is a connection between their violent rhetoric and the strain of violence at Trump events. At a rally in March, Trump even addressed the violence by harkening back to that myth of a bygone America, saying when protesters were escorted out, "See, in the good old days this didn’t use to happen, because they used to treat them very rough. We’ve become very weak." Maybe Trump and a chunk of his supporters need a history lesson about the "good old days."