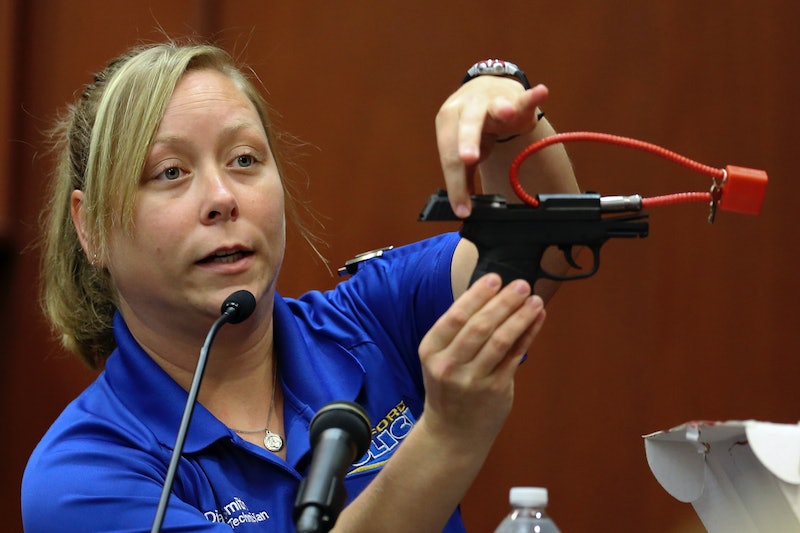 An auction for a weapon used to fatally shoot an unarmed black teenager is bound to attract some fake buyers. After George Zimmerman's first attempt to sell the gun he shot Trayvon Martin with in 2012 failed, he posted the 9mm firearm on UnitedGunGroup.com for a second attempt. Zimmerman's gun auction was hijacked by "Racist McShootFace," though, who drove the bidding up past $65 million.

The fake account was suspended and the bidding returned to normal, but someone else (with a more real name) bid $65 million again Friday morning. With the high at $485,000, a user named "Craig Bryant" bid more than $65 million — possibly a resurrection of "Racist McShootFace," whose real identity has not been discovered.

In the description, Zimmerman assured potential bidders that the weapon for sale was the one used to kill Martin. "I am honored and humbled to announce the sale of an American Firearm Icon," he wrote. "The firearm for sale is the firearm that was used to defend my life and end the brutal attack from Trayvon Martin on 2/26/2012." He explained that it was recently returned to him by the Justice Department and still has the case number written on it in silver permanent marker. He even used photos of police officers holding up the gun during his trial, further proving the authenticity of the gun.

Zimmerman was also adamant that the firearm works as "the attempts by the Department of Justice on behalf of B. Hussein Obama to render the firearm inoperable" were prevented by his defense attorney, he claims. According to the description, multiple offers were made for the gun before the auction, but they were to use the gun in a way he didn't see fit, despite the fact that he later writes, "I recognize the purchaser's ownership and right to do with the firearm as they wish."

The United Gun Group auction started Thursday and is scheduled to end Tuesday. Zimmerman started the bidding at $5,000, vowing to use part of the proceeds to "fight BLM violence against Law Enforcement officers, ensure the demise of Angela Correy's persecution career and Hillary Clinton's anti-firearm rhetoric" (though he misspelled prosecutor Angela Corey's name).

Nonetheless, the Florida man believes his weapon is "a piece of American History."