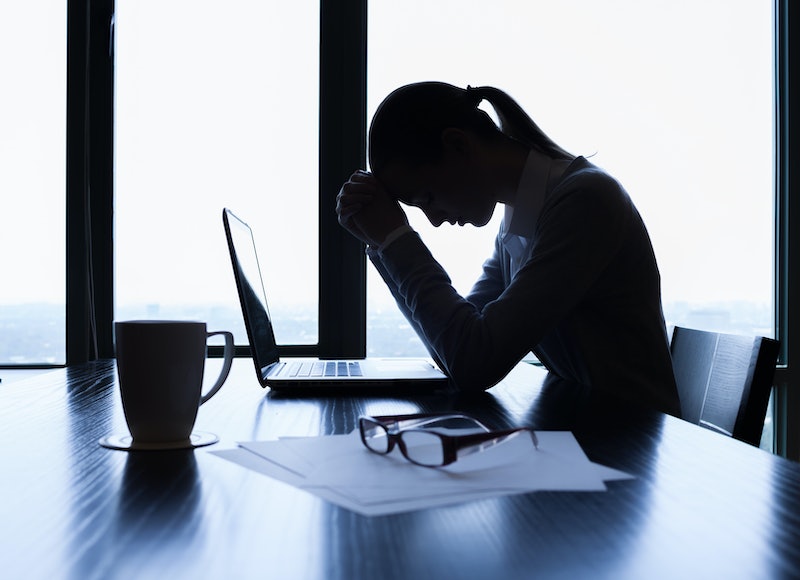 If you feel like your workplace’s unfair policies are making you feel rotten in other aspects of your life, you may not be imagining things. A recent study by researchers at the University of East Anglia and Stockholm University suggests that working in an unfair office can affect your health. When workers feel that their employers are fair in the way they dole out pay, assignments, promotions, and other rewards, they tend to feel healthier. When the opposite is true, the consequences can extend beyond workers’ satisfaction in the office, to negatively affect their physical well-being.

The study, published in the Scandinavian Journal of Work, Environment and Health, used surveys of more than 5,800 Swedish workers to assess how “procedural justice” in the workplace affects health. Subjects were asked questions about their health and the decision-making procedures of their work environments. They rated how their workplaces adhered to statements like, "hear the concerns of all those affected by the decision", "provide opportunities to appeal or challenge the decision," and "all sides affected by the decision are represented," according to a press release. The surveys were conducted every two years between 2008 and 2014, as part of the Swedish Longitudinal Occupational Survey of Health.

The surveys revealed that people who feel that their employers treat them justly do feel healthier — and, conversely, that people in good health tend to perceive their employers as more fair. “It is important to know about these issues as there may be things that can be done to improve perceptions of fairness at work,” study co-author Dr. Constanze Eib explained in a press release. “For example, making sure people feel their views are considered, they are consulted about changes and that decisions are made in an unbiased way.”

One major caveat of this study is that fairness at work and health status were all self-reported, so the study didn't measure whether people were actually as healthy as they said they were, or whether their workplaces were as fair or unfair as employees perceived them to be. I would imagine, however, that even the perception of being healthy, regardless of actual health, could have a major affect on someone’s general sense of well-being.

Eib emphasized that fairness in the workplace will benefit employees both at work and at home, saying, “People who feel fairly treated are not only more likely to be motivated at work and go the extra mile for their organisation, but they are also more likely to be healthy, have an active lifestyle and feel positive.”

More like this
6 Abortion Advocates To Follow On TikTok
By Sara Youngblood Gregory
How To Protect Your Digital Privacy If You Need An Abortion Post Roe v. Wade
By Kaitlyn Wylde
5 Crystals To Manifest More Money
By Megan McCarty
4 Most Outspoken Zodiac Signs
By Kristine Fellizar
Get Even More From Bustle — Sign Up For The Newsletter