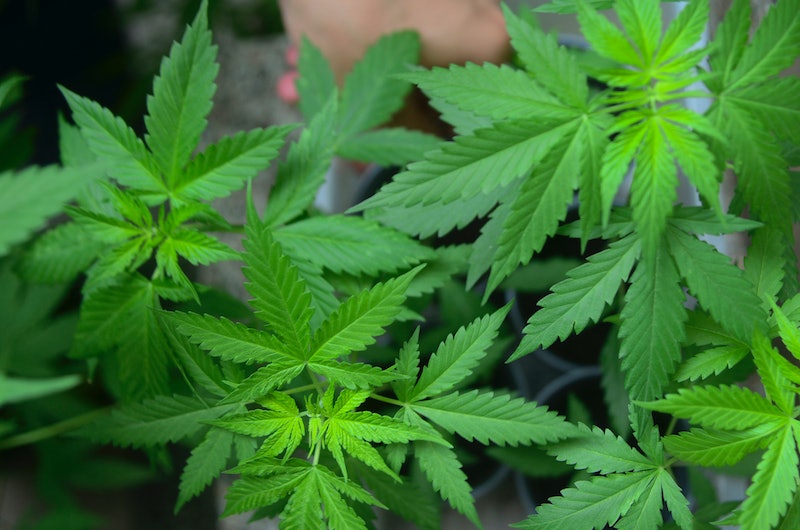 Over the years, we've heard a lot of people talk about the negative effects of marijuana, although sometimes they can be heavily exaggerated. But there's one side effect that you might not have heard of that turns out to be real: You can have a weed allergy. So how serious is it if you have one? Well, it turns out there's a wide range of possible symptoms, most of which are minor; some, however, are more serious than others, and can even be fatal in rare cases. So if you live in a state where marijuana is legal, consume your pot responsibly.

Marijuana allergies are still fairly uncommon here in the United States, but research shows that they definitely exist. People can be allergic to the pollen of the cannabis plant, or to the smoke, and many symptoms sound like your typical, run-of-the-mill allergy season complaints: runny nose, sneezing, coughing, itchy eyes, and so on. For some people, touching the plant can also cause hives, and some people have even reported asthma-like symptoms triggered by the pollen. This side effect is obviously a lot more serious; someone's throat closing up is pretty bad.

The most severe possible symptom of a marijuana allergy, however, is anaphylaxis, which can lead to anaphylactic shock and is potentially fatal. Although this is a rare reaction for any allergy, including a cannabis allergy, it is still possible. A person experiencing anaphylaxis should go to the emergency room immediately.

So how do you know if you have a marijuana allergy? Well, if you're concerned about the possibility, doctors can test for it with a skin test, much as they can test for other allergies. But if you find yourself experiencing allergy-like symptoms when exposed to marijuana smoke or after touching the marijuana leaves or buds, there's a good chance you're allergic.

And it seems you're in good company. The allergy seems to be growing more common — though that could just be because more people are using marijuana nowadays — meaning more people are discovering that they have an allergy. Either way, however, it pays to be aware, especially since some of the symptoms are so severe.

So many myths about the dangers of marijuana have been debunked that it's tempting to think of it as not having any side effects at all, which makes it easy to dismiss caution about pot as misguided or ill-informed. However, there are some risks associated with marijuana, even though it is obviously much safer than many have tried to make it out to be. And, for some people, those risks include allergic reaction. So pay attention to how your body responds to pot, and if anyone you're lighting up with suddenly has trouble breathing or begins throwing up, take them to the emergency room immediately.

Basically, if your state has legalized marijuana, partake responsibly.

More like this
An Honest Review Of The TikTok-Famous WalkingPad
By Kaitlyn Wylde
The Best Ways To Get Rid Of & Prevent Red Bumps From Shaving, According To Dermatologists
By Madison Barber
How To Protect Your Digital Privacy If You Need An Abortion Post Roe v. Wade
By Kaitlyn Wylde
What To Know About Taking More Than 1 Piriteze Per Day
By Bustle UK
Get Even More From Bustle — Sign Up For The Newsletter