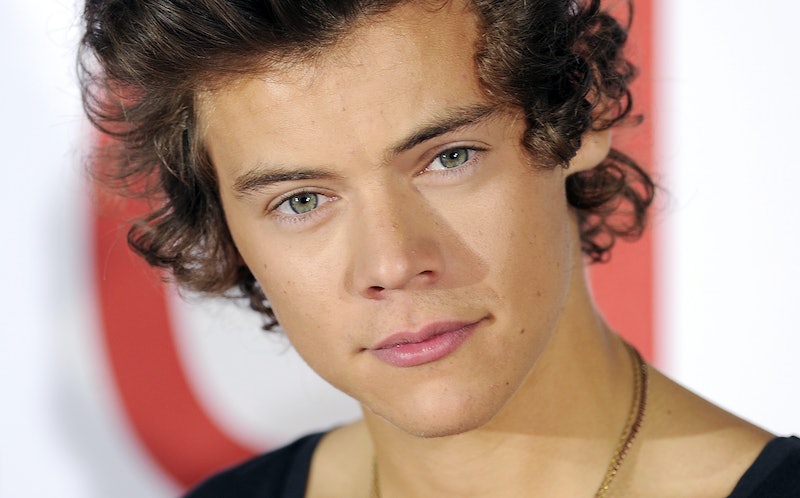 Unless you've been living under a rock for the past week, you probably have already seen that Harry Styles finally got a haircut. His long shaggy locks were been chopped for a good cause, but even if you're already familiar with the cut felt around the world, you're probably still thinking about it. Why? Because the last time Styles had short hair was a really freakin' long time ago.

Think for a second where you were in 2010. It was the year when boyfriend jeans became cool and pixie cuts were on the rise, but, more importantly, it was the last time Styles had short hair. It's been six long years since the world has been able to see this boy-bander's ears through his tousled locks. And it's been even longer than that since he rocked a buzzcut. His last time seeing the clippers was during his childhood.

Before the big cut, it was hard to imagine what he looked like with closely cropped locks. Now that the time is finally here, it's not as bad as everyone thought it'd be. Besides, you have to commend the man for donating his famous strands to charity, and holding up to his Prince Harry promise, according to Hollywood Life. Just look at how gorgeous he looks — no hair needed.

He's like a whole new person. I'm convinced that this man could wear any hairstyle and still look great, though.

That's a whole lot of hair, people! The last time Style's looked like this... well, you have to dig his childhood pictures out of the Twitter archives to find out.

As the One Direction's fame grew, so did Styles' hair. Now, with the band in hiatus, it looks like he's starting over with a new hair slate. Let's take a look at how the nine inches of hair that he chopped came to be.

How stinkin' cute were they? This was the very beginning of One Direction and the shortest Styles' ever wore his hair in the public eye.

And to think some people thought this was long!

His locks got a tiny bit longer as the band was just starting to get famous.

One Direction blew up in 2012, and the hair kept on growing.

It also started to develop the infamous swoop style.

Then came the time when he was able to push it behind his ears.

Goodness, just look at those curls!

In just a year it was even longest it's ever been. It also happened to be the perfect length to donate.

Those locks will forever be mourned — until he grows them back someday.