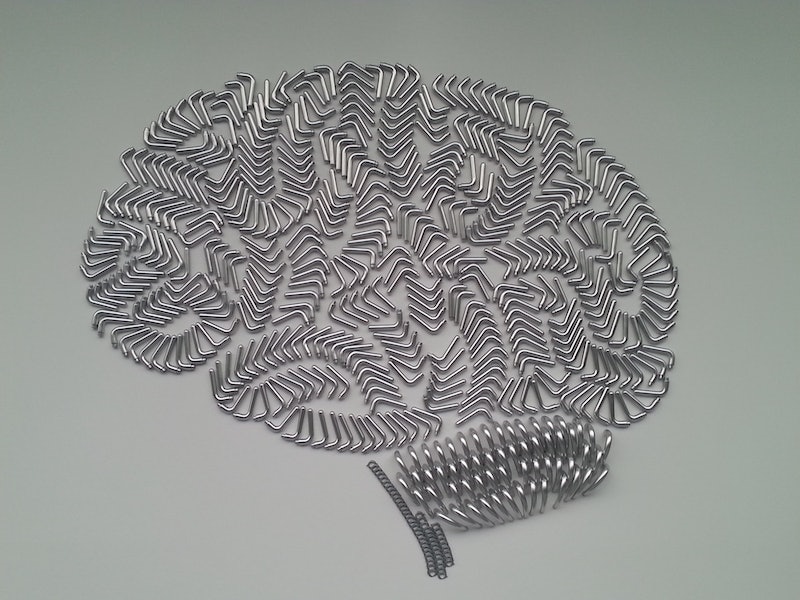 What if instead of eating the brains, zombies were the brains? While that might sound like the plot of a really bad horror flick, it's actually a scientific proposal — scientists want to try to bring dead brains back to life. And setting all the obviously zombie jokes aside, if it works out, it could actually be an amazing thing. Provided it doesn't raise an army of the undead, of course. (Last zombie joke, I swear!)

Researchers in India are beginning a clinical trial seeking to regenerate a portion of the brain in patients who are brain dead. It's called the ReAnima Project, and it's headed by researchers from two Indian biotech companies, Bioquark and Revita Life Sciences. They'll be using a new drug formula called BQ-A-001, which includes stem cells; the researchers hope that proteins in the formula will break down damaged cells, clearing way for stem cells, which will then hopefully grow into neurons, replacing the dead or damaged neurons in the patients' brains. In theory, this could restore brain function to a functionally dead brain.

Obviously, there's no way to know yet if the trial is successful; furthermore, even if all goes well, it's probably unlikely that any of the patients will just sit up and be good as new — science works in increments, after all, not miracles. Still, the researchers think that, with this approach, they might one day be able to have brain dead patients regain consciousness. Which could be incredible.

The 20 patients involved in the trail are legally brain dead, and are considered unsuited for organ donation, so their families have decided to donate their bodies to research instead. The study will last six weeks, and involve multiple injections of the drug. At the end of the trial period, researchers will take an MRI to see if there is any meaningful regeneration in the patients' brains, meaning not just tissue growth, but signs of actual structure.

If this ever works well enough to allow people to regain consciousness, though, it will raise all sorts of ethical questions. Are people whose brains have been regrown still the same people? After all, the neural pathways that made them who they were — that gave them their memories and their personalities — might not be there anymore, or might be incomplete. And that presents its own nightmare for families: Do you let your loved one die peacefully or do you bring them back but in a form that may or may not be them anymore?

And then there are the assorted legal questions that go with that. If a person wakes up with no memory of their former life and a different personality, are they still legally the same person? Do they still own all the same property? Are they still married to their spouse? And considering many patients would probably need extensive treatment in order to restore certain essential brain functions, is the family still liable for their care?

As a separate but connected issue, there's also the fact that organ donation relies on brain dead patients — patients who can be kept alive through a harvest surgery so their organs remain viable, but whose organs can be donated because they will never wake up again.

Basically, a lot would change if this ever becomes possible.

Fortunately, all these thorny questions are decades down the road, as researchers themselves acknowledge. For now, there's just one clinical trial. But it might be a good time to start thinking about this stuff, because if and when we're ever faced with these questions, they're going to be nightmarish.