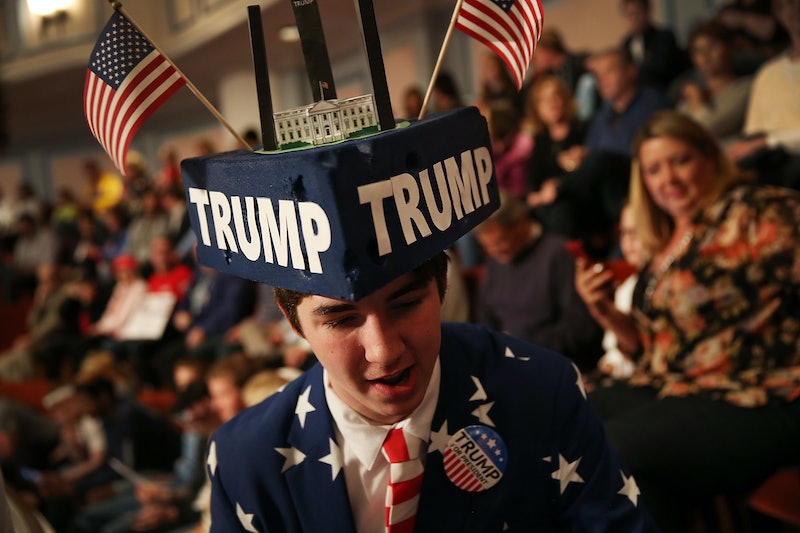 When real estate mogul and TV personality Donald Trump was named the presumptive Republican presidential nominee, many "Never Trump" voters were left desperately searching for another option. Indeed, as the backlash against Trump grows, more and more voters appear to be turning their attention toward smaller, lesser-known political parties. In the face of what appears to be a rise of independent voters and third parties, the question has to be asked: Is Trump ending America's two-party system?

With roots that date back to 1854, the Republican Party is one of the oldest political parties still in existence. Granted its early party members would likely find today's GOP hardly recognizable thanks to the shifting nature of power, public opinion, and political alignment. Is what we're witnessing now with anti-Trump voters merely another shift in party lines or does it represent something more?

Talk of disagreement and division within the Republican Party was a mere murmur before Trump rose to power in the presidential primary, but as establishment Republicans rolled out intensive efforts to keep him from securing the nomination the GOP seemed to implode. Mainstream moderate Republicans have been put off by Trump's inflammatory and xenophobic rhetoric after having found little to cheer about regarding his policy proposals. The clear divide between the ideas and concerns of Trump's supporters and those of establishment Republicans has caused political analysts to toll the death knell for the GOP.

While it's certainly a bit early to declare the Republican Party dead, the extent of disagreements we're seeing now within the GOP (as well as the Democratic Party, to be fair) have, at the very least, put third parties — like the Libertarian Party — in an interesting position to soak up new voters and bolster their influence. The official website of the Constitution Party, for example, reportedly received such an influx of visitors in the days after Ted Cruz bowed out of the race that the site crashed, according to The Atlantic.

It's fair to say Trump — and perhaps even Hillary Clinton — could become catalysts for a major restructuring of the country's two-party system. Certainly, Trump has lent a voice to the many GOP voters who long felt estranged from mainstream Republicans giving him a support base that appears fiercely loyal. But polls have shown both candidates have record-breaking levels of unpopularity; FiveThirtyEight reported the two candidates are "more strongly disliked than any nominee at this point in the past 10 presidential cycles." But stability is not a trait inherent to politics or political parties, so it would be foolish to confuse inner party shifts in dominance for a complete breakdown of the political system. So while Trump's potential to alter America's political landscape is high, it remains to be seen if he'll be bringing the two-party system crashing down anytime soon.