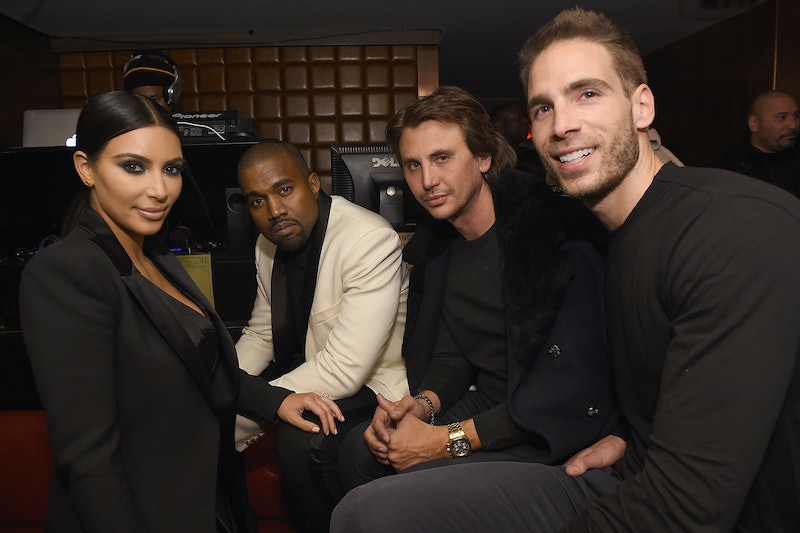 The act of "keeping up" with the Kardashians is actually incredibly difficult; nay, impossible. If you even think of googling "Kylie Jenner and Tyga," I hope you have three to five free hours to lose yourself in that wormhole. And not only are there the core Kardashians, Jenners, and Wests, there's the entirety of their posse who not only show up on their social media accounts but also, sort of inexplicably, on their shows. Sometimes they get their own shows, like friend of the Kardashian family Simon Huck, who recently went to Iceland with friends Kourtney and Khloe and was once the star of his own Kardashian-produced spinoff, The Spin Crowd. But who is Simon Huck, anyway?

If you watch any iteration of Keeping Up With The Kardashians, including Kourtney And Khloe Take Miami and Kourtney And Kim Take New York, you've probably already seen Huck. The 32-year old businessman was business partners with Jonathan Cheban, who you definitely know — he's long been BFF with Kim and the rest of her crew since meeting them while filming tk. Cheban started his public relations company, CommandPR, back in 2001, and got extremely rich extremely fast. Huck came in as a partner in 2010 and eventually bought Cheban out of his own company, which caused a big falling out. Money and friends don't mix y'all.

Cheban is a true blue friend of the Kardashians, so I'm not sure how he feels now that Huck is chumming it up with Kourtney and Khloe and Kim. But, they did all go to Iceland recently with Khloe and Cheban for Khloe's birthday. After all, what Kardashians want, they get.

Huck is majorly rich since he became the head of CommandPR. And for a hot minute, Huck and Cheban had that aforementioned show, The Spin Crowd, which was about them navigating the hyperreal world of celebrity and media. Sadly, that show was canceled after one season, but that was but a wrinkle in Huck and Cheban's hopes of being reality TV stars, because they're still on the Kardashians' shows all the time.

Luckily for Huck, not keeping his reality show bears no weight on his spot in the Kardashian inner circle, which is not a bad measure of success in this Kardashian-dominated world.