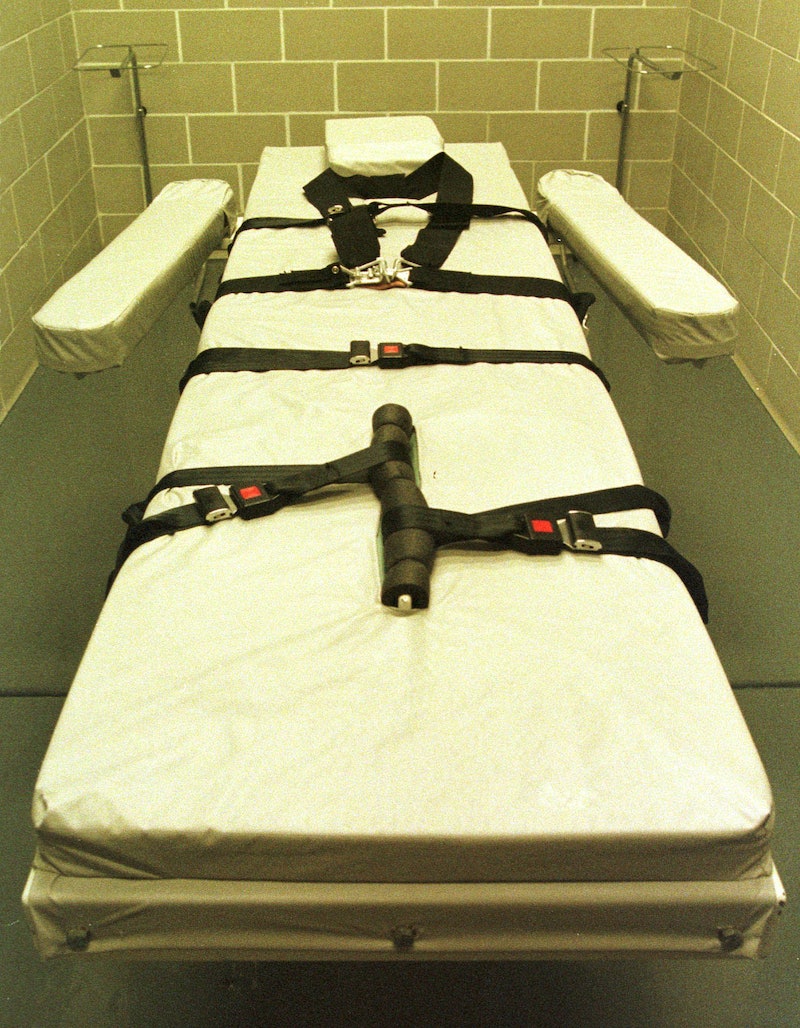 On Friday, the pharmaceutical titan Pfizer banned its products from being used in executions, a sweeping step that eliminates the last remaining open-market source for lethal injection drugs. The company will continue selling the compounds in a limited capacity for non-execution purposes, but sales will be restricted to seven wholesalers who must certify that they won’t resell the drugs for use in lethal injections. It’s the most significant instance yet of a drug company instituting such a ban.

"Pfizer makes its products to enhance and save the lives of the patients we serve and strongly objects to the use of its products as lethal injections for capital punishment," the company said in a statement.

Now, states that intend to carry out lethal injections of death row inmates now have limited options. They can attempt to import lethal injection drugs from abroad, but the Federal Drug Administration has seized such imports in the past. Prisons can also opt to use drugs from compounding pharmacies in executions; however, these facilities are highly controversial, as they’re subject to lower safety standards and the drugs they make have been implicated in several botched executions.

Some states have taken a different route. Arizona, Ohio and Louisiana all issued moratoriums on the death penalty after running out of sodium thiopental, while some state legislatures, such as Mississippi's, have proposed reviving the firing squad and other methods of execution when lethal injection drugs aren't available.

Last year, Phizer acquired Hospira, a pharmaceutical company that had spent years attempting to prevent its products from being used in executions. It stopped manufacturing sodium thiopental, a key drug used in the standard lethal injection cocktail, in 2011; while this theoretically closed off all domestic access to the drug, some states still had stockpiles of it, while others purchased it from European countries. But the next year, the European Union banned the export of sodium thiopental for execution purposes altogether.

As a result, only four states in the US are still performing lethal injections: Texas, Alabama, Georgia and Missouri. Some states are tied up in legal battles concerning the source of their lethal injection drugs, while others have halted all executions entirely until the drug shortage is sorted out.

It's too soon to say how Pfizer's decision will play out on a state-by-state basis, because state officials have quite a bit of autonomy regarding how they carry out the death penalty. Just as importantly, states that do carry out executions all have different quantities of lethal execution drugs on-hand, which plays a big role in whether or not they continue to perform such executions. In general, though, Pfizer's decision is an encouraging development for death penalty opponents, and one of the most prominent examples yet of a corporate powerhouse taking a moral stand against capital punishment.