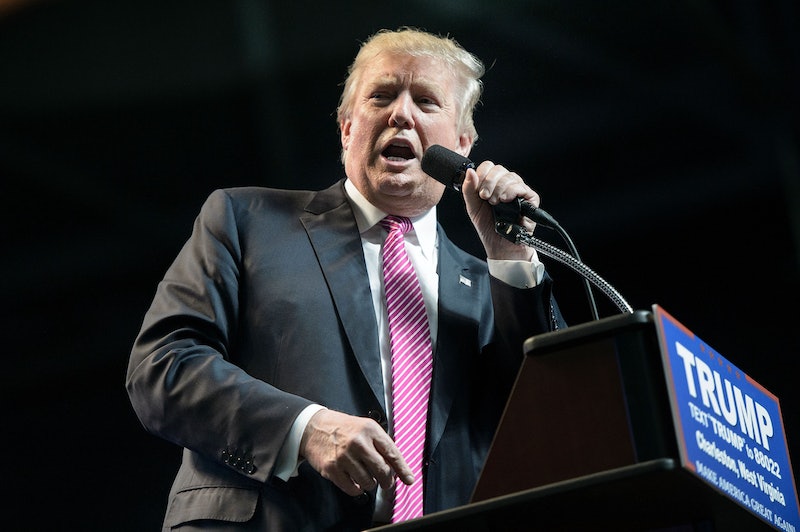 Presumptive Republican presidential nominee Donald Trump has hinted that his running-mate pick would be one of his former opponents for the GOP nomination — in fact, he's said that there is a 40 percent chance that he'll go with one of the former members of the once 17-strong field, which gives him no shortage of options. But as with all things Trump, there's no guarantee that likelihood will pan out, and he could instead opt for someone completely off of the radar. Here are six whip-smart vice presidents for Donald Trump that could actually get this guy elected, both from the former candidate pool and beyond.

No matter who he picks, it'll have to be one of the most strategic moves that he's made in his presidential campaign so far. Trump is one of the most divisive candidates that we've seen in American politics, so he'll need to choose someone who can both appeal to people who might be on the fence about his qualifications for being the leader of the free world and unite the establishment that Trump has, up until this point, so heartily rejected.

That's a fine balance. It means finding someone that is respected within the party, but can easily carry the, er, Trump-ed up rhetoric that we've seen from his campaign. Ideally, it'd be someone that can depolarize his hard-line image and deliver his the consistently Republican voters who currently balk at the idea of voting for a reality TV star. Although he won't announce his pick until the GOP national convention in July, here are a few ideas:

Christie was one of the first to latch onto Trump's coattails after suspending his own campaign. If he can manage to be on the trail without looking like a hostage, the New Jersey governor's no-nonsense style and comparatively moderate Republican moderate policies could be the perfect foil for Trump. Trump has already announced that Christie would be the chairman of his transition team, though, so the GOP nominee might keep Christie and his terror-stricken face behind the scenes.

The former governor of Arizona, Jan Brewer received high praise from Trump following her ground support in her home state. Trump told Fox's Greta Van Susteren: "Jan Brewer has been fantastic. She has been so fantastic. You know I won so big, her territory, and we won so big. And she is a fabulous woman." Anyone who can help Trump win, much less win big, gets an A+ in his book, but Brewer's strong voice on immigration (with deliverable policy behind it, to boot) is in lockstep with Trump's mythologized wall. Plus, she's a certified Lady Who Doesn't Hate Trump, which could help a candidate whose problems with women reach far beyond his ex-wives.

Newt Gingrich knows a thing or two about fighting the establishment. As a 2012 Republican candidate and former Speaker of the House, Gingrich took a no-holds-barred approach to GOP values, both understanding his party while not being afraid to disrupt it. Sound familiar? Gingrich, however, is a noted part of the establishment, which could help Trump make inroads to uniting the party behind his candidacy.

Ohio Gov. John Kasich became the nice guy of the GOP 2016 field, a dark horse who, though he might not have had a clear path to the White House, he was a refreshing calm within the storm. Those niceties could help tone down Trump's scorched earth approach, and as a bonus, a Trump-Kasich ticket could help the candidate win Ohio in the general election.

South Carolina Gov. Nikki Haley is essentially a living list of qualities that the Trump campaign could benefit from: She's a woman, she's the daughter of immigrants, and — most importantly — completely beloved in the Republican party. The biggest drawback is that Haley endorsed Marco "Little" Rubio ahead of the South Carolina primary, and doesn't seem to take kindly to disparaging remarks about women. She's also criticized the candidate's firey speech, which she said could lead to hate and division within the party. If Trump could convince her he can act more presidential, she would be the key to rebuilding some of the bridges that he's burned.

John Thune has long been floated as a potential vice presidential candidate for various GOPers over the years, and 2016 could be his big break. The South Dakota senator is a high-ranking member of the Senate, and has some sway in getting people like House Speaker Paul Ryan to sign on with Team Trump. Thune could also help deliver a large part of the central United States to Trump. He's been pretty dismissive of a potential veep slot, but it could be a case of always the bridesmaid, never the bride, keeping Thune from getting excited.

More like this
Kim Kardashian Remembers Her Last Words To Death Row Victim Brandon Bernard
By Jake Viswanath
Michigan’s Governor Is “Going To Fight Like Hell” To Protect Abortion Access
By Andrea Zelinski
How To Fight For Reproductive Rights, Based On How Much Time You Have
By Courtney Young
LGBT+ Men Fleeing Afghanistan Were Denied Asylum By The Home Office, New Findings Show
By Sam Ramsden
Get Even More From Bustle — Sign Up For The Newsletter