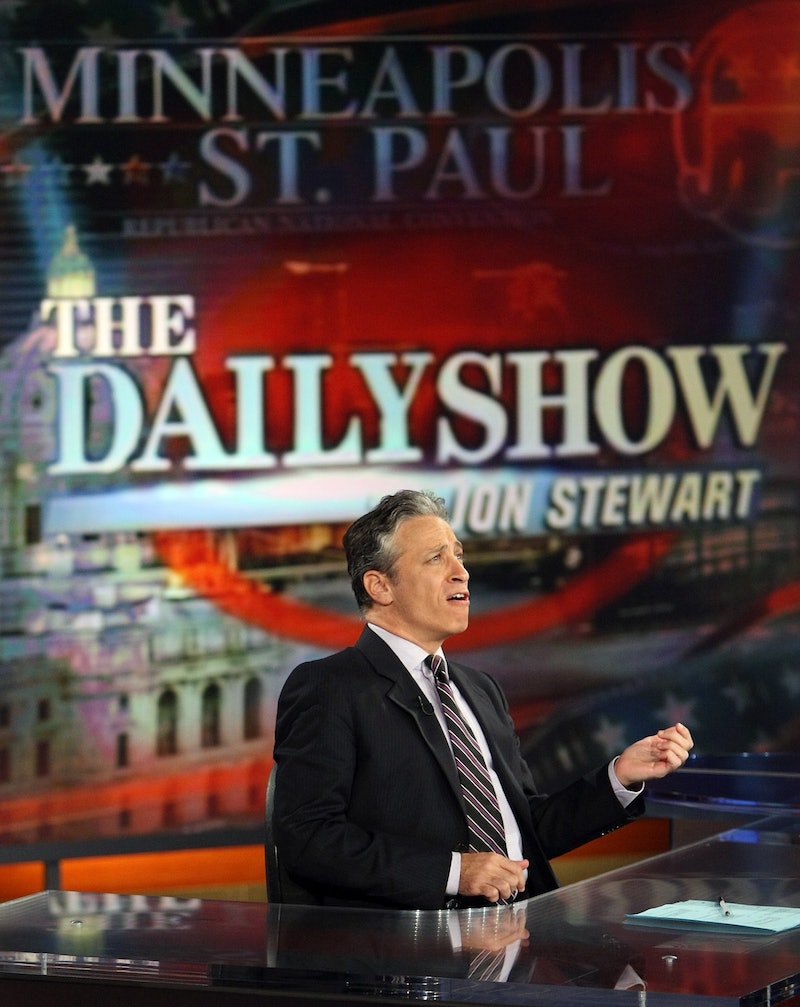 It's 2014, and America's most progressive, most-watched comedy news show has yet to have a month in which they have more female guests than male guests.

Many Americans look to the Daily Show as a source of news, despite, or perhaps because of, its comedic tone. The show is often satirical, but one of the highlights is when host Jon Stewart sits down to interview guests. Stewart has proven an adept interviewer over his nearly 15 years on the show, capable of both riffing with guests as well as asking them the tough questions and challenging their answers.

But more often than not, the person on the other side of the table is a man.

Since 2010, only 25 percent of the show's guests have been women. While the trend improved slightly in 2013, men were still invited on the show as guests more than twice as often as women (107 compared to a mere 52). And the number of male and female guests hasn't been close to equal in the new year — of the 26 guests the show has had in 2014, only seven of them were women.

Unfortunately, The Daily Show is far from the worst of the bunch when it comes to cable news. According a 2005 Pew Research report, every major news network interviewed less than a quarter of female sources: CNN's sources were 21 percent female, Fox's were 19 percent, and MSNBC's were 15 percent. And The Daily Show, though it purports itself to be so progressive, it's not much better than these network shows. It's a bad look to relegate more than half the population to just a quarter of the outside voices featured on the show, don't you think?

There are certainly good reasons for the unequal numbers. Any show that reports the news is somewhat a reflection of the world around it, and our society is still patriarchal. The movers and shakers in the worlds of entertainment, international affairs, and especially American politics are still overwhelmingly male, and that's where The Daily Show pulls its guests from.

But part of the power of being in the media is the ability to lift up people who are doing interesting, important things, regardless of gender. Some of The Daily Show's best interviews have been people who are far from household names: former soldiers, documentary filmmakers, authors. Sure, The Daily Show's numbers may be on par with the 24.2 percent of women in state legislatures, or the 23.9 percent of women directors at Sundance. But that doesn't mean that there aren't women creating, protesting, directing, acting, writing, or making change somewhere.

So why not put them on The Daily Show?