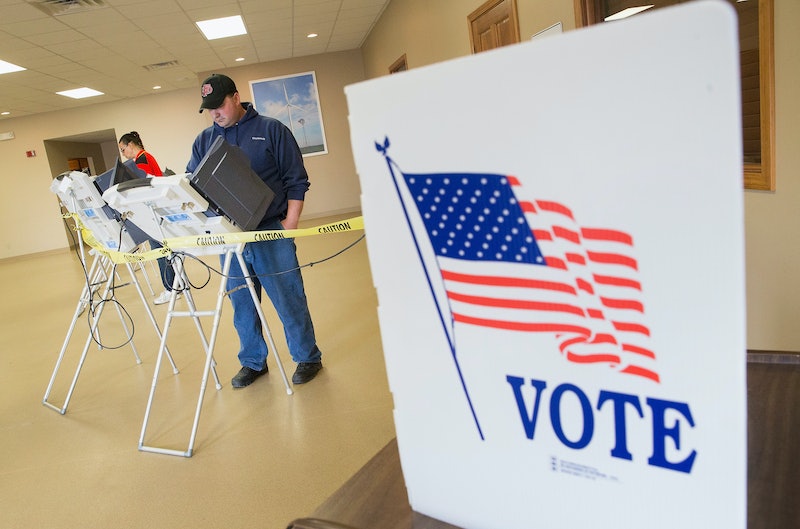 America is on its last leg of presidential primary races. Now that Donald Trump is the presumptive Republican presidential nominee, there is not much left to watch except the Democratic side, where Hillary Clinton and Bernie Sanders are fighting a closer battle than the myriad of Republican candidates afforded American viewers. May 17 is the next big day, where both Kentucky and Oregon will hold their primaries — though Kentucky will only hold a Democratic primary, since Kentucky covered the Republican side back on March 5. For curious viewers, how exactly can one watch the Kentucky Democratic primary in real time?

It's quite simple, actually! Kentucky polls are open until 6 p.m. CST, so viewers can expect to begin seeing some results just prior to the closing of polls. Official results won't come in until at least a couple of hours after 6 p.m., but until then, exit polls will air on all major news and politics stations, such as CNN, Fox News, and MSNBC.

For those without access to cable TV, the results are live-updated from various websites, and are easily available online. For one, The New York Times ' election coverage is extensive and modified on the regular as results are counted.

In addition, Google's election results page — which is a simple Google search of "election results" — reveals the current standings of each presidential candidate, as well as percentages of votes counted in each state as a race is occurring. It is an extremely useful tool for someone who is on-the-go and simply wishes to keep informed as to which candidate is leading in a given race.

The Washington Post also provides a similar resource to The New York Times in that results are accompanied by interactive maps and relevant news articles. Additional information, such as charts regarding presidential fundraising, are listed on The Washington Post's elections page, so it is worth checking out.

For Democratic voters in Kentucky, this is a huge day. For Democratic viewers across the nation, with bated breath they will wait. In any case, there are numerous ways to keep on these results as they are counted, so make sure to take advantage of the Internet and its many resources. Believe it or not, these tools are intentionally democratized and truly here to help make elections a simpler and more enjoyable experience for all Americans.