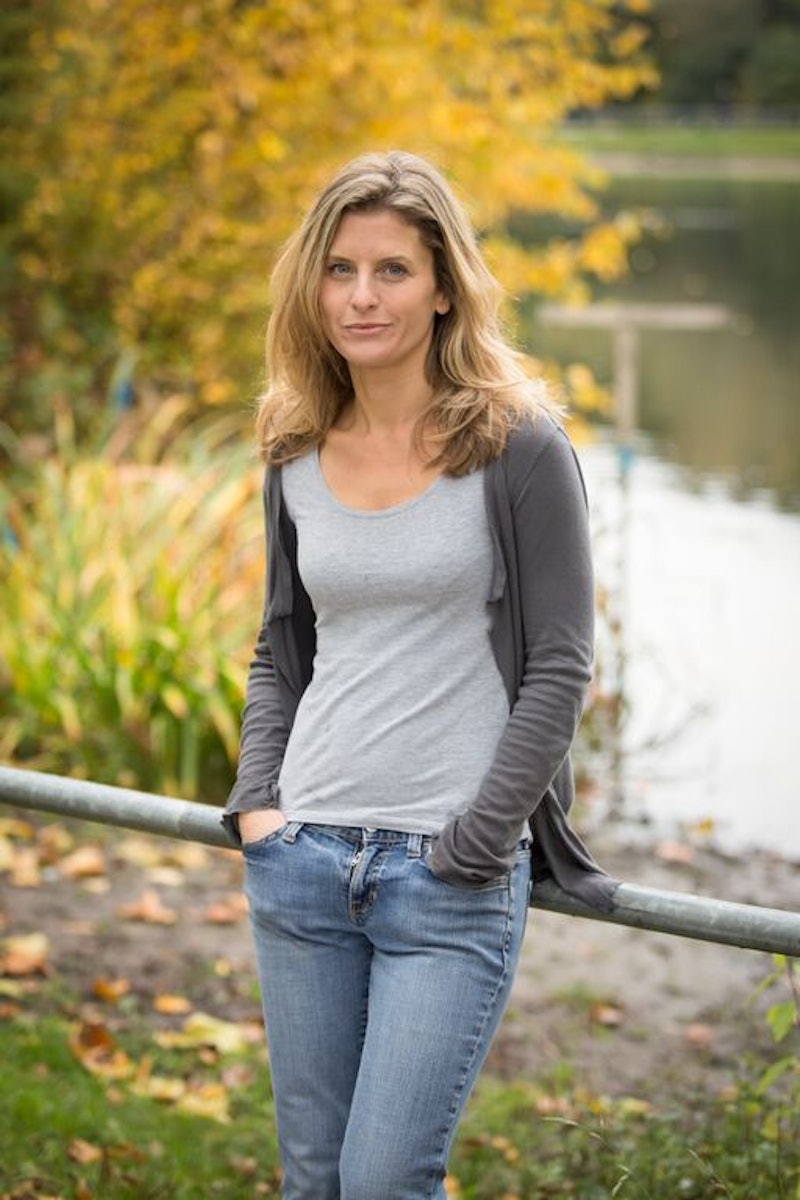 In her first novel, Invincible Summer author Alice Adams follows a close-knit group of four best friends as they grow, change, and learn to navigate their ever evolving relationships over the course of 20 years.

Eva, Benedict, Sylvie, and Lucien were inseparable all through their college years in Bristol, and after graduating, each one is ready to take on the world. Eva sheds her liberal upbringing and leaves university for the competitive world of finance, and Benedict, hopelessly in love with her, stays behind in Bristol to finish his Ph.D. Meanwhile, Sylvie and Lucien, the keeper of Eva's heart, take off for a year of travel and adventure. But despite their best intentions, and in spite of their hopes and dreams, their futures don't end up the way they had planned, their friendships fade, and soon enough, the disappointment of adulthood sets in. Sylvie never gets famous, Benedict and Eva never got together, and Lucien is lost as ever.

But then slowly, through one personal crisis after another, the four friends find a way to reunite, this time forming even deeper bonds and more meaningful relationships than the ones of their youth.

"Life is a great jumble of triumph and disappointment, tragedy and hilarity, and somehow we each have to chart a course through that as best we can."

"Life is a great jumble of triumph and disappointment, tragedy and hilarity," Adams tells Bustle while discussing the inspiration behind her novel, "and somehow we each have to chart a course through that as best we can. Even in the most average person’s life that sometimes requires great feats of love and loyalty and courage."

And while Adams does an incredible job conveying life's ups and downs with both humor and compassion, the author's shows herself to be especially skilled at crafting charming, empathetic (albeit troubled) characters you can't help but cheer on. "I deeply relate to all four of my main characters and they all reflect different aspects of my own thinking and personality," Adams says. "And they’re all people I’d want as friends."

I couldn't agree with the author more.

All four of Adams main characters are unique and memorable in their own way, each of them someone you could imagine getting a beer with. But it's when the characters come together and interact with each other that they really shine. Their friendships with one another bring out the very best in each of their personalities, and it is through the help of one another that each friend is able to carry on.

Like the characters in her novel, many of whom struggle to find fulfilling work and meaningful careers, Alice Adams had a lot of different jobs before finding her calling as a writer. From waiting tables to investment banking to academia, she tried on many hats.

"I think a lot of people find it difficult to know what they want to do with their lives, let alone find a way to achieve it, and that included me."

"I think a lot of people find it difficult to know what they want to do with their lives, let alone find a way to achieve it, and that included me," Adams says. "I bumped around a fair bit early on in life before spending the largest portion of my career working as an analyst in banking. I had plenty of ups and downs, and I relate deeply to Eva and Sylvie’s struggles, both in coping with stressful jobs and also in finding work that is meaningful or at least vaguely interesting while paying enough to live on."

But just because Adams has found a career that suits her, doesn't mean writing is a walk in the park. "Writing a novel is like ripping out one of your internal organs really slowly, a painful and bloody process that leaves you hollowed out and weak with relief when it’s finally over," says the author. "Occasionally there are moments when the words just flow, as if the gods were dictating to you, but most of the time it’s a bit of a slog."

Now, with her first novel hitting shelves June 28, Adams says she's both excited and apprehensive about it. "Being on the brink of publication is some combination of thrilling and trepidation-inducing," the author explains. "Writers are the sort of people who will sit alone in a room making up stories for years on end, introverts, basically, so to emerge blinking into the light is both exciting and unnerving at the same time."

With the first novel out of the way, is Adams gearing up for something new? "I’m most of the way through a first draft of my next novel, " the author revealed. "I can’t give too much away at this point, but I hope it will appeal to the same readers as Invincible Summer ."

And while you spend your summer diving into Adams' new book, the author is planning on finishing up Anne Lamott’s Bird by Bird: Instructions on Writing and Life. "I’ve pretty much figured out a lot of the writing side of things by now," she says, "but I’ve heard so many good things about this book, and it’s just so readable, that I’m tearing through it anyway."

Invincible Summer is Alice Adams's first novel, and you can find it in bookstores everywhere June 28.