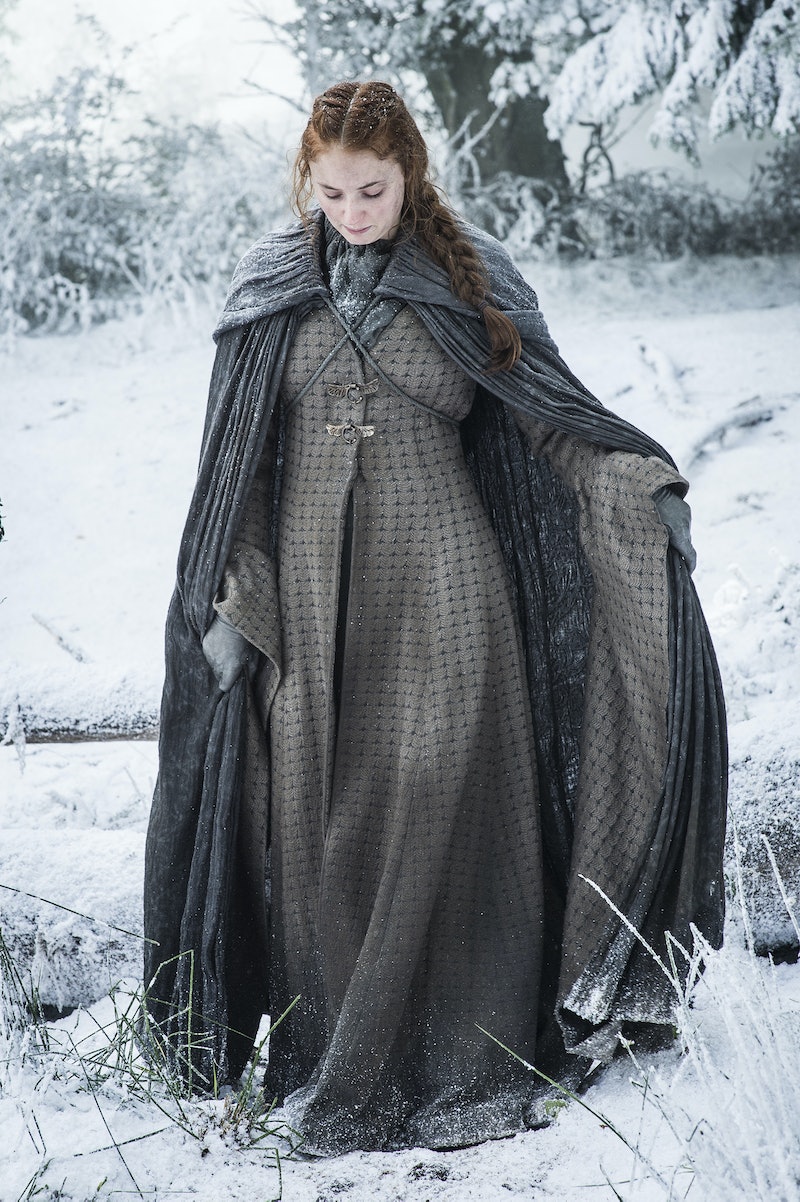 Just in case Jon Snow's resurrection wasn't enough to send you into a fit of emotional hysterics last week, we were granted another gift this Sunday that is arguably just as spectacular. Jon and Sansa reunited on Game of Thrones at Castle Black and it was just as heartbreakingly wonderful as you would expect. It's been a long time since any of the Stark kids have been together since Season 1, and even though Jon's parental lineage is still up in the air, it definitely counts as a major reunion we've been hoping for. (If that epic hug didn't make you burst into tears, then you may want to check to make sure you're not a White Walker because you have no soul.)

But, it gets even better than that. After having some soup and reminiscing of how things used to be back in the good old days (you know, before George R.R. Martin decided he wanted to stomp on our will to live), Sansa made mention of what she thinks their next move should be. She wants to go back where they belong: Home. That's right, my friends. Our beloved Sansa is finally ready to take matters into her own hands and make Winterfell be back under House Stark's control, which means the clock may finally have started ticking on Ramsay Bolton's life. Because you just know that an inevitable Jon-Ramsay-Sansa showdown is bound to occur.

So not only are two members of the Stark family back together again, but they're about to embark on a plan to take back their homeland and (hopefully) kill Ramsay in the process? Now that's a plot I can fully get behind. Let's just hope that there are many more happy reunions like this to come. The gods (both old and new) know this family has been put through enough and deserve these few blissful moments of peace.