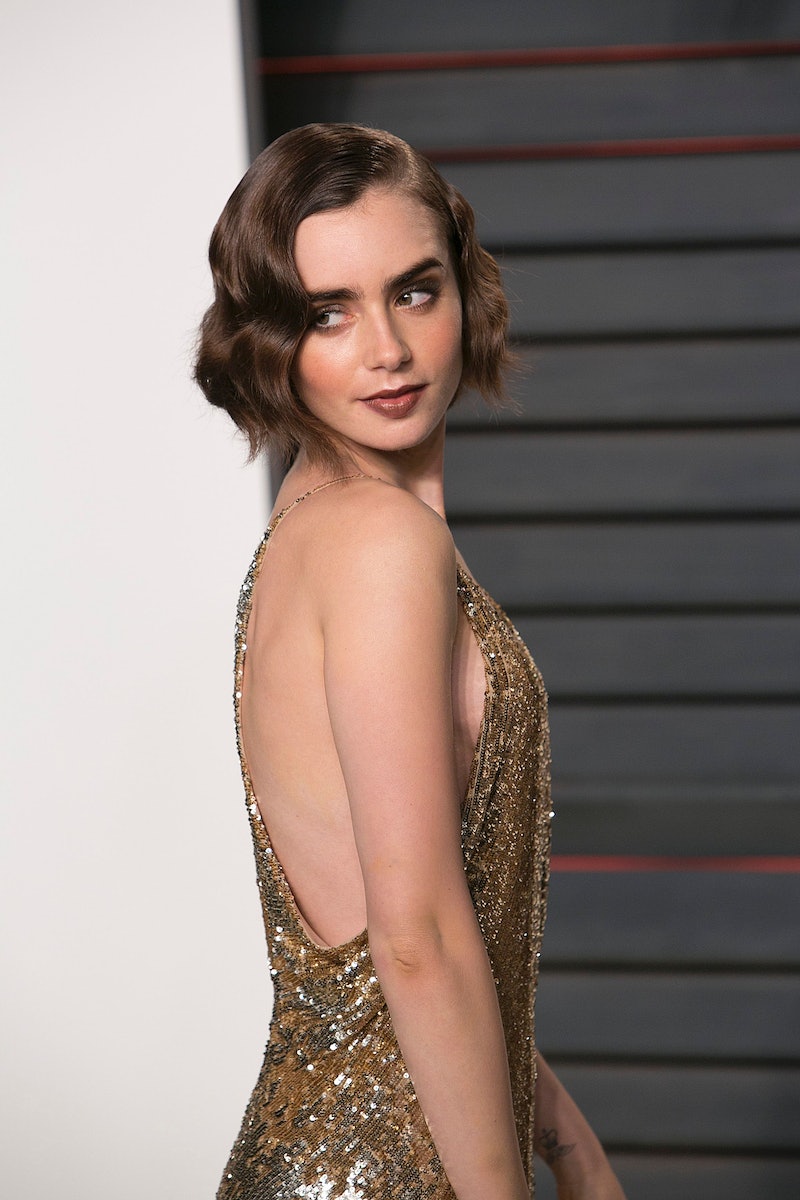 She's proving to be quite the coif chameleon. Lily Collins has red hair now and the shade is unlike any other look she's done. That's saying something, since Collins has displayed a penchant for swapping out her stands. While the actor first turned up on the scene with long, thick, and dark locks, which matched her seriously thick brows, she threw us for a loop when she ditched luxe length for a pretty pixie. Recently, she rocked Old Hollywood glam, golden brown finger waves at the Oscars. Collins plays with length, thanks to extensions, and doesn't fear volume. She also embraces color changes. Clearly, Collins isn't committing when it comes to her hair hue and she debuted her pinkish red hair in a series of selfies while in Korea.

Collins also showed off her pink x red bob by playfully posing with a massive Korean watermelon, nothing that her locks would match the inside of the fruit.

Let's observe Lily Collins as a redhead. It's more like a pinkish red and this shade totally works for her, since she is drop dead gorgeous. This is certainly a "Red hair, don't care" moment for Collins. She even captioned the first photo as such, noting she was ready for a change. But when isn't she? Change is constant with her follicles.

Marvel at her redheaded beauty.

Red hair and doe eyes — that is quite a pairing. Ready — or "reddy"— for another pic?

The flame game! The intense red popped against her porcelain skin.

This! This! In the caption, Collins stated that there are so many colors in the rainbow and that prevents her for remaining loyal to just one shade. That's a terrific philosophy when it comes to hair hue, style, fashion, and life in general. #GirlCrush

You can fully appreciate both Collins' cut and color in this snap. There you have it —Lily Collins as a redhead. Or a pinkish redhead!

Or her dark and shaggy chop.

Or her long 'n' thick locks, which were likely extensions.

Those Audrey Hepburn-like bangs, though!

Long hair... you know what.

Collins has often opted for classic coifs but she also isn't afraid to show her punk rock side.

The pink x red hair slays. I can't wait to see which color in the rainbow she tries next.