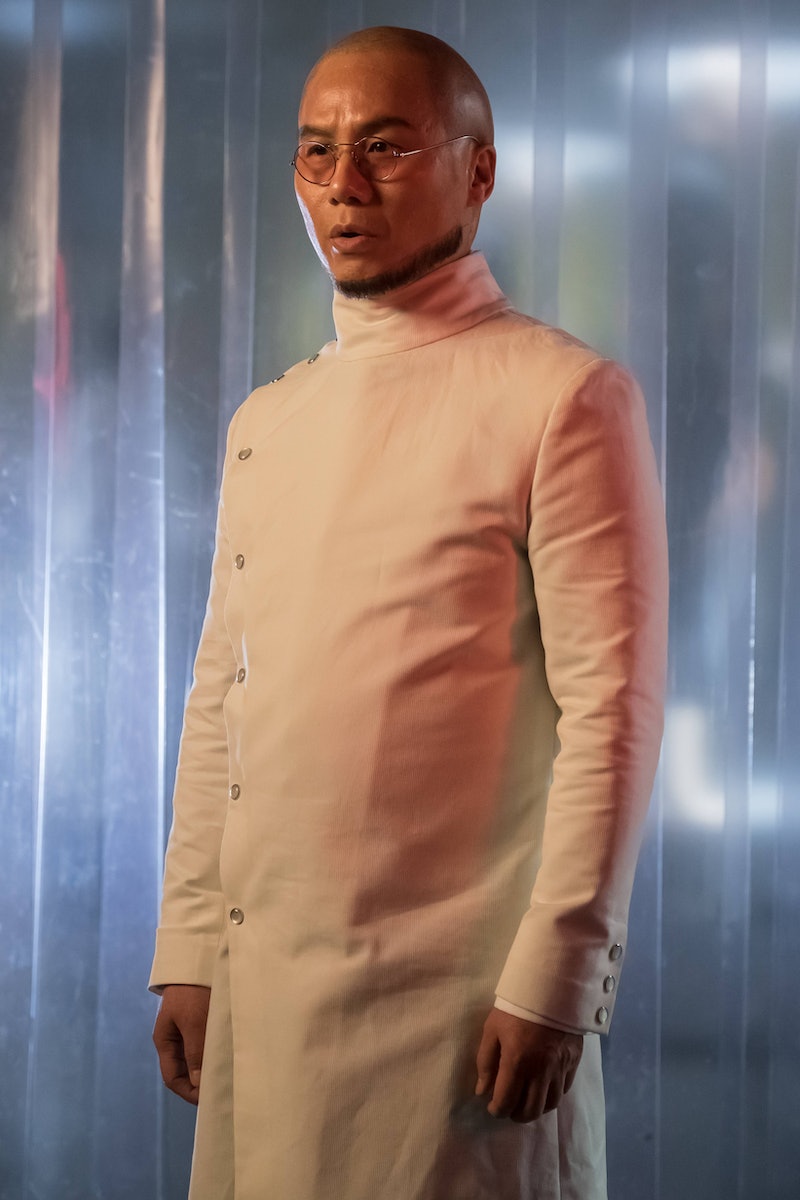 While Hugo Strange might still be the one controlling the operations at Arkham, Gotham just made another surprising reveal: Strange is controlled by a white-haired woman calling him from a mysterious room. That's not unlike how Strange was originally introduced, as the real villain behind Arkham. The woman in white is not pleased to find out that Strange has been mutating his reanimated subjects, giving them powers by splicing their DNA with animals. But she is pleased about one of those subjects — Fish Mooney, after getting a major dose of electricity to the brain — retaining their memories. That suggests that the new villain might know someone that she wants to bring back from the dead, but she wants them to remain just as they were when they were alive.

But this is a whole lot of effort to go through over the death of a loved one or friend. So that begs the question: who is this woman, and what shady mission does she need Strange's help with? Once again, Gotham is hammering home some Court of Owls imagery. In DC Comics, the Court of Owls is a group that secretly controls Gotham City through both wealth and violence. They wear white owl masks that look very similar to the one the white-haired woman was wearing.

If the white-haired woman isn't actually a member of the Court of Owls, I will feel very misled — but as with Galavan's cult and the Penguin's step-family, it's possible that this is yet another fakeout and her real purpose is totally different. And while it would make the most sense for the deaths of Thomas and Martha Wayne to be Strange's responsibility, I think the Season 2 finale on May 23 might reveal that this Gotham mystery still hasn't been totally resolved. After all, the Waynes were one of the city's most established families, so if the Court of Owls does exist on Gotham, there's a good chance they were connected to Bruce's parents.