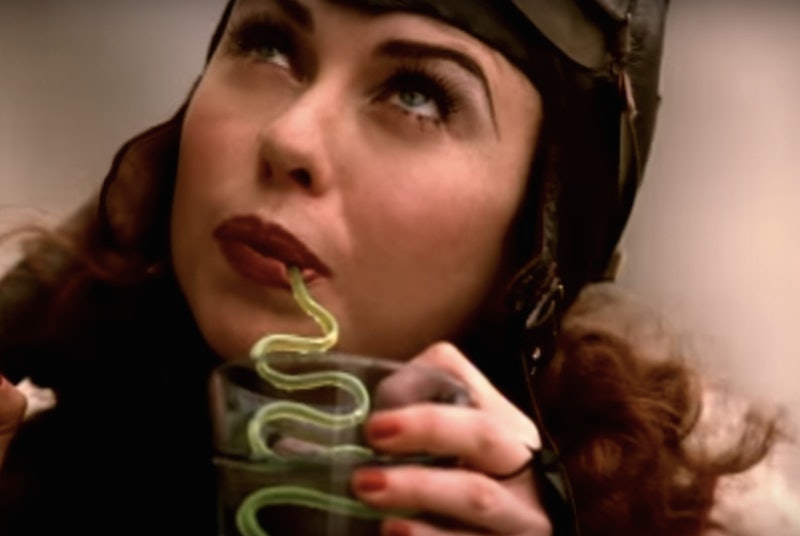 When thinking of music from the '90s, it's easy for your mind to immediately wander to songs from the Spice Girls, one of the numerous boy bands of the times, or even to the fact that Will Smith started out as a rapper. However, among the songs of the '90s, there also were a ton of singles released that gave you all the feels back then, but that you probably forgot about now. And, among those classic emotional land mines, was a song that stands above all the rest as the one most in need of attention: Tal Bachman's "She's So High."

Bachman's hit single came out in 1999 and was featured in an episode of the hit-'90s show, Charmed upon its release. Since then ,it has been featured in a number of lesser known TV shows and movies, until it reappeared in the 2010 film, She's Out Of My League. The hit took over the 1999 Hot 100 Billboard Charts with the 14th spot in August 1999 and remained on the charts in the 44th spot in December 1999. But, unfortunately, since then, "She's So High" hasn't exactly been the '90s song most people turn to when throwing together their throwback '90s playlist.

However, once you're reminded of this surefire '90s classic, it'll be hard to get it out of your head.

A few things come to mind when you re-listen to the song. Not only is this the perfect track to keep you company while you're looking out the window on a long car ride, but it also has that mellow '90s vibe that most beat-drop-filled songs of today don't have. That is just one of the biggest reasons that this song certainly one to remember. If you need another reason, look no further than the music video. Between Tal Bachman's wispy blonde curls, the whimsical oddities of the girl running through the street, the obvious green screen effects, and that colorful bendy straw, everything about this just screams '90s.

On top of that, "She's So High" is timeless. Listening to the song in the '90s or in the present day doesn't make the message of the song any different. Bachman croons, "But somehow I can't believe / That anything should happen / I know where I belong / And nothings gonna happen," and, in doing so, reminds us that the struggle of wanting to be with someone you can be with is something that you can face in any decade. The awkwardness of the situation is further described with lyrics like, "She comes to speak to me / I freeze immediately." It's so relatable, you guys. This song proves that you're not the only one going through this pain.

Bachman is singing of an emotion that you can feel no matter your age or gender or social status, and he's singing it in such a classic way that it's incredible — and shocking — that more people aren't belting this out as often as they belt out "Wannabe." Personally, I'm going to put this at the top of my '90s playlist, because this song seems to be overlooked way too often. I've got some long car rides lined up that could definitely use this song in the mix.

More like this
The 'Hocus Pocus' Sequel Finally Has A Release Date & It Makes Total Sense
By Shannon Barbour and Radhika Menon
David Schwimmer Doesn't Remember This Classic 'Friends' Episode
By Sam Ramsden
5 Mini Skirt Outfits To Wear, Inspired By These Brave Souls
By Avery Matera
'Derry Girls' Sister Michael Isn’t As Fictional As You Might Think
By Olivia-Anne Cleary
Get Even More From Bustle — Sign Up For The Newsletter