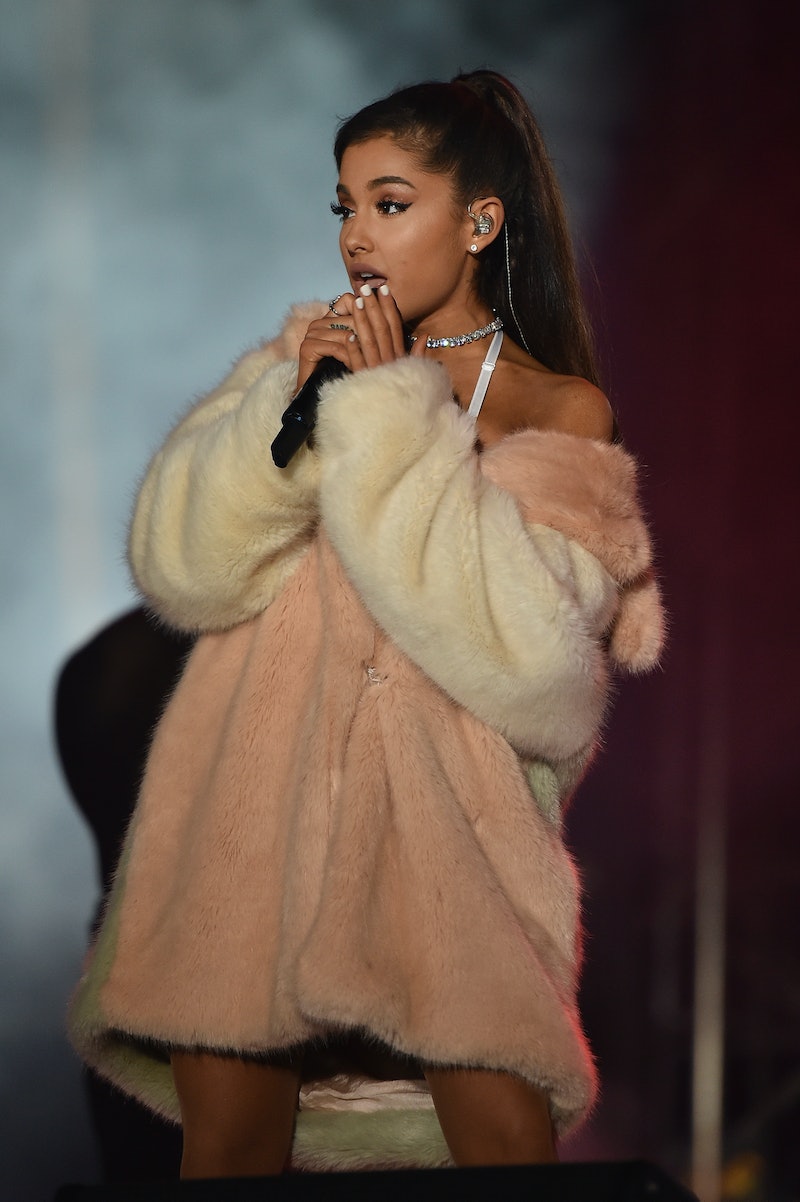 Ariana Grande's latest new music video for the song, "Let Me Love You," shows fans the all-too-familiar sultry side of the singer. However, fans may be surprised to see Lil Wayne as Grande's latest "love interest" for the song. These two collaborating together does seem to be an odd match to say the least, though Grande has worked with rappers like Big Sean in the past. Before they even took to the recording studio to put together the song, how did Ariana Grande and Lil Wayne meet? Well, when it comes to the music industry, talent will come together no matter how unexpected it may be.

While the "Let Me Love You" music video does feature these two getting pretty close — and Lil Wayne is heard spouting the lyrics "grinding on my grand" — the rapper appearing in the song and the music video with her is nothing more than a professional relationship. Collaborating with big, current artists is a trend for the well-known rapper's career right now. Lil Wayne has also collaborated with the likes of 2 Chainz, Baby E, and Chance The Rapper in 2016 alone. And, with Ariana Grande having more of a mellow hip-hop vibe with her single "Let Me Love You," it's kind of nice to see them breaking down their prior boundaries and collaborating on a song together.

The director of the video, Grant Singer, may have been the person to pair these two together as well. He's directed numerous music videos for artists including The Weeknd's "The Hills," "Can't Feel My Face," and "Tell Your Friends," and videos for other artists such as Skrillex, Vic Mensa, Travis Bretzer, and more. The pop star and the rapper may not have been friends prior to this collaboration, but their chemistry in the music video is undeniable. And who knows? This might not be the last time.

I wouldn't be surprised if we ended up seeing Grande and Lil Wayne back in the recording studio with one another. Things seemed to have gone pretty well the first time around, especially considering the fact that Grande did not hesitate to share some of their moments together on her Instagram account upon the release of the video. If they weren't friends before, they probably are now.

Other collaborators expected on Grande's Dangerous Woman album coming out May 20 include Nicki Minaj, Macy Gray, and Future. So it seems like Grande is finally leaving her ponytail behind, and a whole new side of her is on its way.