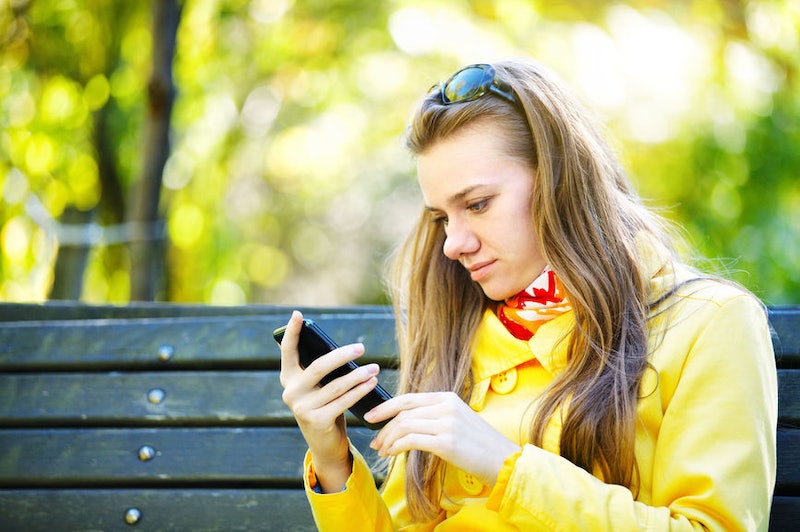 The internet and the rise of digital culture has spawned an incredible number of opportunities for those of us with access to technology. The ability to communicate across oceans and countries, the opportunity for self-representation and definition, increased access to endless amounts of information — all great. But a not-so-great element of online life is the rise of the anonymous user, and, subsequently, internet trolls and cyberbullying. According to a recent study from the National Academies of Sciences, Engineering, and Medicine, cyberbullying is now considered a serious public health problem, with seven to 15 percent of teens experiencing online abuse. Perhaps unsurprisingly, that number is even higher for LGBTQ youth and kids with disabilities.

Catherine T. Bradshaw, one of the committee members who worked on the report and professor at the Curry School of Education, said to the Daily Dot that cyberbullying can have serious, long-term affects on both the victims and the bullies. Targets of online abuse experience higher rates of anxiety, depression and substance abuse; meanwhile, bullies have reported increased levels of depression and a tendency towards petty criminal behavior in adulthood, such as vandalism and theft. In other words, everybody loses, and we're not doing nearly enough to solve the problem.

Cyberbullying, which is particularly difficult to combat because of its simultaneous mob mentality and individualistic nature, has essentially become a rite of passage for this generation of digital natives. Which is awful. But although there is still much that we could be doing in order to bring this public health crisis to an end, there are several organizations and activists currently raising awareness for the cyberbullying. Do you have a resource to add? Share it. It might make all the difference.

ReachOut's Don't Just Stand By Competition, which ran in 2012, called on programmer teens from across the country to submit proposals for apps that combat cyberbullying — a sort of "fight fire with fire" kind of thing. Winners included Zuhair Chaudhry, who focused on pledges that Facebook users can individualize and sign, and Alexa Alpern, whose app simulated cyberbullying in online chats and helped its users practice combatting digital bullies. ReachOut USA is a non-profit organization that helps connect kids and teens struggling through difficult times with support and mental health information, so even after the conclusion of the competition, it's a valuable resource to have.

Safer Internet Day, an international stand against cyberbullying that takes place annually in early February, takes aim not only at bullies themselves, but at parents and bystanders as well. 2016's event included a livestream event, a family pledge, classroom resources for educators, and a Twitter and Facebook hashtag, #SIDUS16.

The European response to Safer Internet Day in 2015 spawned the #DeleteCyberBullying app, which is intended primarily for use in schools. The app, available in 14 different languages, ultimately strives to direct users towards relevant information for cyberbullying across the web.

STOMP Out Bullying is regarded as one of the more influential anti-bullying non-profits in the country. Celebrities like Demi Lovato, Nick Cannon and Emily Osment have previously served as ambassadors for the organization, which runs a teen ambassador program, organizes cyberbullying toolkits for schools, and hosts an annual day against bullying, dubbed "BLUE Shirt International Day of Bullying Prevention."

Co-founded by actress Brittany Snow, Love is Louder is a national campaign that targets teens who are experiencing intense feelings isolation, such as those suffering from anxiety, depression and bullying. The organization provides members resources for launching their own events in schools and greater communities, and functions as a sounding board for youth who feel they have nowhere else to turn. One of the more viral elements of the organization is the trend of writing "Love is Louder" on your palm and including your own message of empowerment.