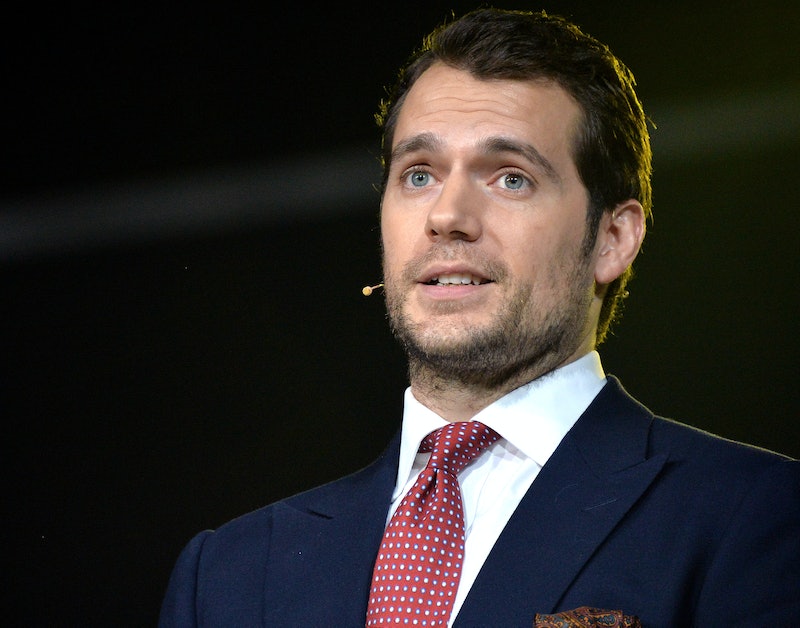 Theirs was a relationship that frequently made headlines, mostly because of the 13-year-age difference between them. But after a seemingly (and perhaps surprisingly) strong romance that started after meeting at a London nightclub in fall 2015, Henry Cavill and Tara King have reportedly split, The Sun reports. Though the Superman actor had been vocal about how his relationship with the 19-year-old college freshman just worked, the two are apparently no longer an item — and according to sources it's Cavill's doing. What went wrong?

"Henry and Tara have split — it is official," a source told The Sun. "Henry said the two of them could stay friends and he even invited her to his recent birthday party, which she did go to. But their relationship is over."

"It has been very difficult for Tara, who has been saying he was the love of her life," the insider added.

Based on The Sun's source, it seems that the breakup was Cavill's decision, which would make sense considering the inherent logistics of their relationship to begin with: In addition to the fact that Cavill is 13 years King's senior, he is also a millionaire movie star, and she was beginning her first year of college. That's intense.

That all being said, Cavill addressed the age gap in interviews, discussing it head-on instead of shying away from the elephant in the room. And he worked hard to make it clear that it didn't seem to be an issue for them, telling Elle, "People say age is just a number. It's actually real and true sign of someone's maturity. But in this case, she's fantastic."

He also pointed out that he was actually the one intimidated by her. "When I met my girlfriend, I was super intimidated," he revealed to the magazine. "I wanted to impress her."

"She protects me and is protective of me when I am having a hard time. She’s there when I need looking after and the world is a little too heavy," he told the Mirror in March 2016. "Then she will happily take that weight for me and make sure that I am OK."

So what happened? Until Cavill or King speak out, all we're left with is speculation. And while the age difference may seem like the most obvious cause of their split, it's important to note that the actor was just singing his girlfriend's praises as recently as two months ago (coupled, of course, with the previous statements he has made about how the age gap didn't come into play for them). Maybe their schedules made it too hectic to see each other. Maybe he wanted to play the field.

Or maybe it was because the age difference did make a difference in their relationship. While King is presumably focused on her college life, Cavill is already years into his career, traveling all over the world doing press. And it's not just his age — he also has the power of celebrity and the unfathomable wealth of one, as well. Maybe their lives were just too different for it to work out. Ultimately, however, the only two people who know the real story are Henry Cavill and Tara King. And until — and if — they decide to share that with the world, fans are just left with assumptions.