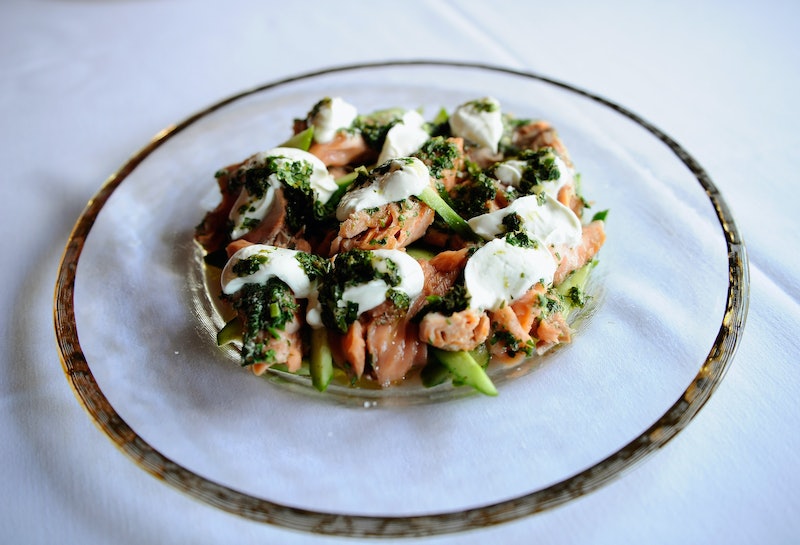 And so FoodPornIndex.com was born. Through the magic of algorithms, Bolthouse Farms tracks mentions and hashtags — like #foodporn — on various social media outlets every 15 minutes to see what foods we’re bragging about and which ones are being left out. Then they post their findings on the site — but it’s so much more than just numbers and facts. GIFs are involved, the layout is impressive, and there are games like the slot machine-inspired “kalebration.” (Oh c’mon, who doesn’t love a good leafy green pun?)

The idea behind the site is to not only encourage more healthy food eating (and photoshoots of said food), but also to expose how little of it is happening — in terms of social media sharing, that is. 72 percent of the 171 million posts they track are of junk and unhealthy foods — only 28 percent fall in the healthy category. A good example: at approximately 11:01 am EST there were 20,702,962 posts about cake, but only 5,841,189 posts about berries. Yikes.

Tod Putman, the chief marketing and innovation officer at Bolthouse Farms, said he wasn’t very surprised by these numbers.

“It’s just the nature of where we are in the U.S. right now, and we see an opportunity to move the needle a bit — why should the junk food guys have all the fun?”

Sure, we could be secretly binging on artichokes with our iPhones safely tucked away, but I’m guessing that’s not the case. You only need to look at Man Vs. Food and the nationwide bacon obsession to know that we tend to celebrate gluttony. Nancy F. Huehnergarth, president of nutrition policy consulting firm Nancy F. Huehnergarth Consulting, said:

“Somehow, industry has used marketing to an incredibly powerful effect to glamorize and normalize the daily consumption of unhealthy foods and drinks. Well, why not use some of the same techniques to try to level the playing field?”

I know, you're probably feeling a little bad about brag-posting pictures of those fried Oreos and/or tacos and/or antelope ribs right about now (also, we should probably be friends). Don't beet yourself up though (I had to!); it's never too late to be a healthy bragger. Personally, I think strawberries are much sexier than any old sheet cake.