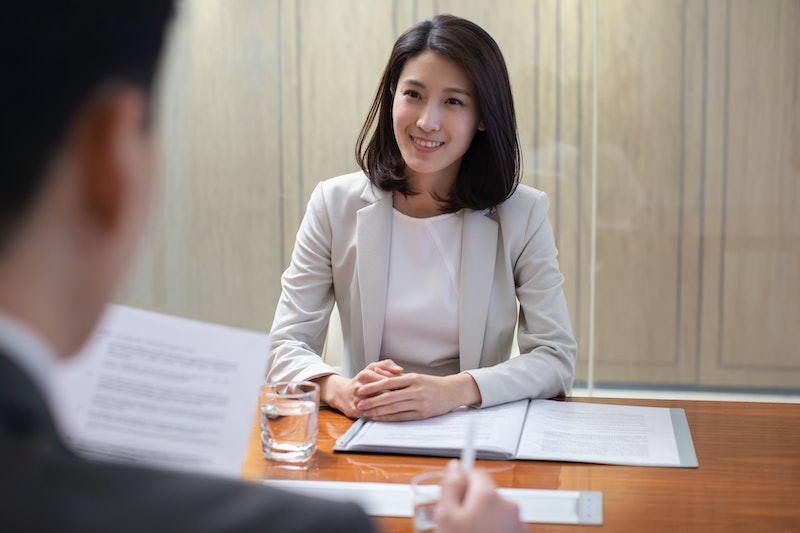 For many years, the general consensus was that suits were basically mandatory for job interviews. Now, though, with business casual on the rise (not to mention the startup uniform of a T-shirt and jeans), things are starting to change. So, should you wear a suit to an interview? With the rapidly changing landscape out there, do you still really need to suit up to dress to impress?

Well, there are a lot of different schools of thought out there. Some believe that a suit still makes for an amazing first impression — in fact, it might make you stand out even more, since they're not as de rigeur these days. Others think it's best to play it by ear — you know, try and get a read on what other people at the company are dressing like, and follow their lead.

One of the main things you have to consider, is the type of company you're applying at. If you're trying to get a job at a super-buttoned down Fortune 500 company, you might want to dress to impress in a fancy-schmancy suit. If you're looking for work at a laidback Internet startup, though? Well-thought-out business casual might just be the way to go, especially if you're up for a job where a unique sense of personal style is counted as an asset.

Still, where job interviews are concerned, it's generally best to err on the side of caution — it's always going to be better to be a little overdressed than the opposite. As author of From Graduation to Corporation Andy Teach pointed out to Forbes, "You are being judged as soon as you walk into the room and the interviewer has made an initial impression of you in the first few seconds they see you based on how you look. That may not be fair but it is reality in many cases."

That said, Teach still advocates for knowing your audience, explaining, "It’s imperative to check out the office attire prior to showing up for the interview. It’s another bit of research that you can arm yourself with to give you an edge. If everyone at the office is wearing shorts and a T-Shirt and you arrive in a three-piece dark suit, you’ll be out of place and won’t fit in." It's a concept that Cosmopolitan's style editor Charles Manning concurs with — as he puts it, "People are more likely to respond positively to someone who mirrors them, and if you dress in line with the rest of the office, it will be easier for the person hiring to see you as a member of the team." Corporette.com founder Kat Griffin even suggests "going undercover" at your potential place of work, to really suss out what the general office style consensus is. Another good rule of thumb is to check out the general office style — and dress it up just a little more.

Even with all the above advice, it comes down to a personal judgement call in the end. If you think a suit will wow your new employer, go with a suit. But if you think they'll be even more wowed by the awesome ensemble you put together from Zara? Well, then that might be worth a shot as well.