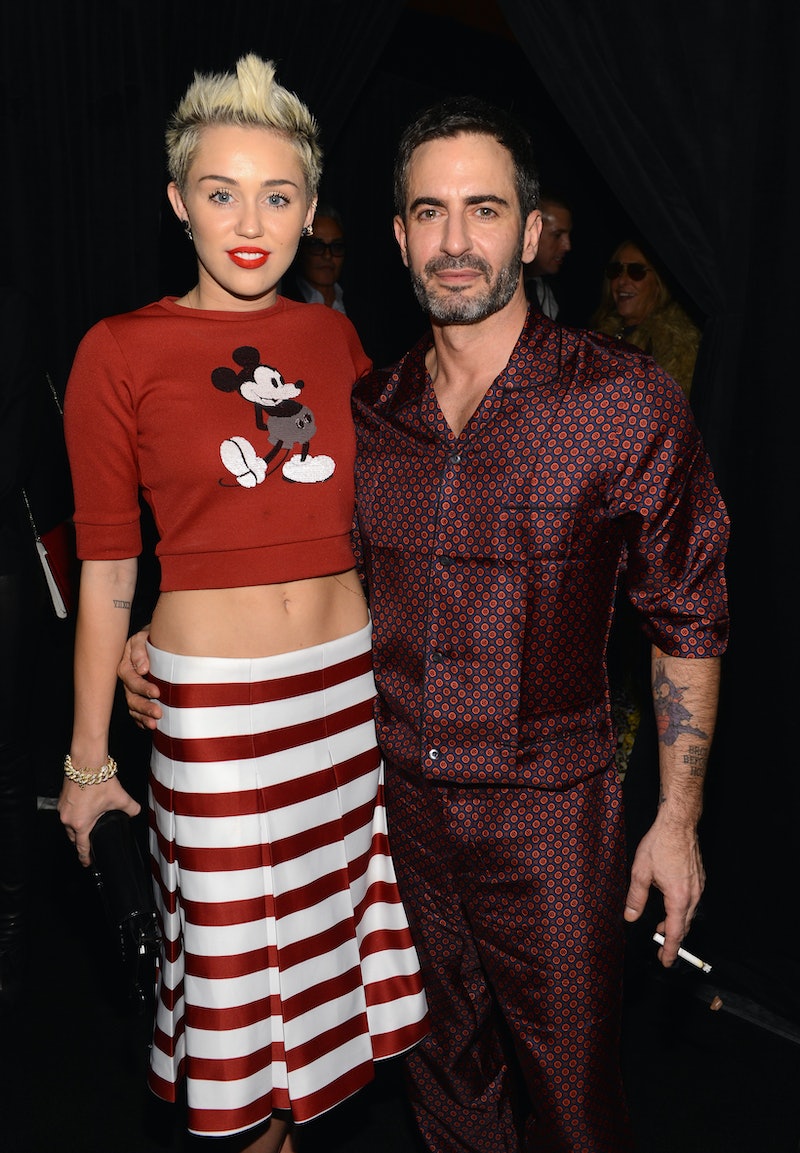 We haven't seen or heard much from Miley Cyrus ever since she hosted the MTV Video Music Awards last year and surprise-dropped her fifth album Miley Cyrus & Her Dead Petz. But make no mistake, the pop star hasn't stopped advocating for social issues that she's passionate about. For her latest project, Cyrus designed Planned Parenthood t-shirts for Marc Jacobs, which are available now at Marc Jacobs boutiques and online at marcjacobs.com.

Her signature tongue-out pose prominently featured on the T-shirts, Cyrus teamed up with New York-based artist Marilyn Minter to create the provocative designs. The "Miley Hearts Planned Parenthood" tee shows a close-up shot of the singer licking a steamy glass frame, while the "Pro-Choice Miley" t-shirt shows her kissing the same frame with the words "Pro Choice" written across. Each T-shirt retails for $50 with free shipping.

Cyrus previously starred in the Marc Jacobs spring 2014 ad campaign and wore the designer's fishnet gown to the Met Gala the following year.

The tees are available in women's and men's sizes.

The best part is that 100 percent of sales from the limited edition tees will benefit Planned Parenthood.

This cause definitely is.