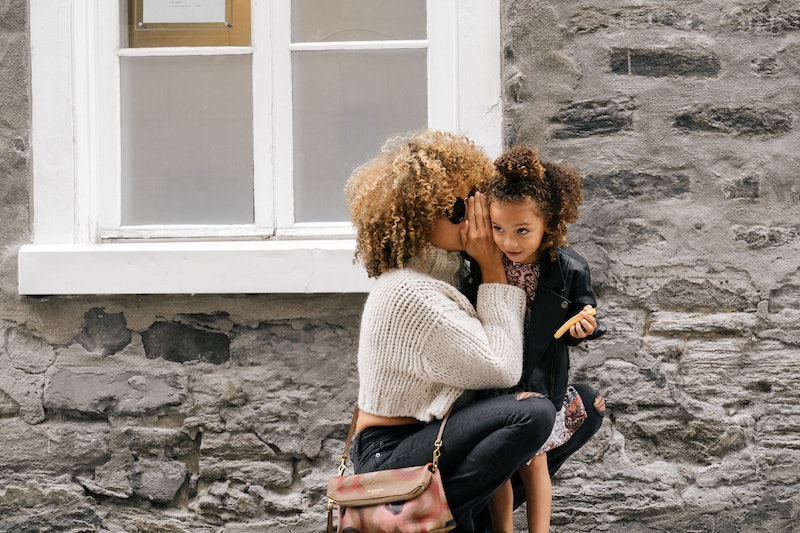 Plenty of people say that the voice in the back of their heads sounds a lot like their mothers,’ but new research suggests that your brain may be more keyed into your mom’s voice than you ever realized. A recent study reveals that a mother’s voice affects her child’s brain in a major way, activating a variety of key neurological regions, including those that control emotions, social functioning, and reward processing. The research, published Monday in the Proceedings of the National Academy of Sciences , offers new insight into just how deeply mother’s voices are embedded in their children’s minds.

Researchers from the Stanford University School of Medicine used magnetic resonance imaging (MRI) scans to study the brains of 24 kids between the ages of 7 and 12, focusing particularly on how hearing their mother’s voices affected the children’s brains. Previous studies had already shown that children are especially attuned to their mothers’ voices, but there was little research on how children recognize these maternal voices, or what that recognition actually does to the brain.

“Many of our social, language and emotional processes are learned by listening to our mom's voice,” lead author Daniel Abrams explained in a press release. “But surprisingly little is known about how the brain organizes itself around this very important sound source.” Co-author Vinod Menon added, “Nobody had really looked at the brain circuits that might be engaged. We wanted to know: Is it just auditory and voice-selective areas that respond differently, or is it more broad in terms of engagement, emotional reactivity and detection of salient stimuli?”

In order to test how the kids in the study respond to their mom’s voices, the researchers recorded their mothers saying three nonsense words. (Because these kids were old enough to have strong language skills, the researchers had the mothers avoid using real words; they wanted to test kids’ reactions to voice alone, rather than meaning.) Two moms who didn’t have children involved in the study served as the control, and also recorded the nonsense words.

When the kids underwent the MRI scans while listening to the recordings — some from their mothers and others from the control group — they were able to recognize their mothers’ voices in less than a second, with more than 97 percent accuracy. The voices of their own mothers sparked responses from all over the brain. “The extent of the regions that were engaged was really quite surprising,” Menon said. Areas of the kids' brains that responded more strongly to their mothers’ voices than the control voices included

The researchers also found a link between a child’s response to his or her mother’s voice and social communication abilities. When a child’s scan showed that the brain areas that were activated by a mother’s voice were strongly connected, that child was also more likely to have strong social communication skills. These results may offer new avenues for research into social disorders. “This is an important new template for investigating social communication deficits in children with disorders such as autism,” Menon said. Future work by the research team will involve studying the connections between voice recognition and autism, as well as how children’s responses to their mothers’ voices change as they get older.