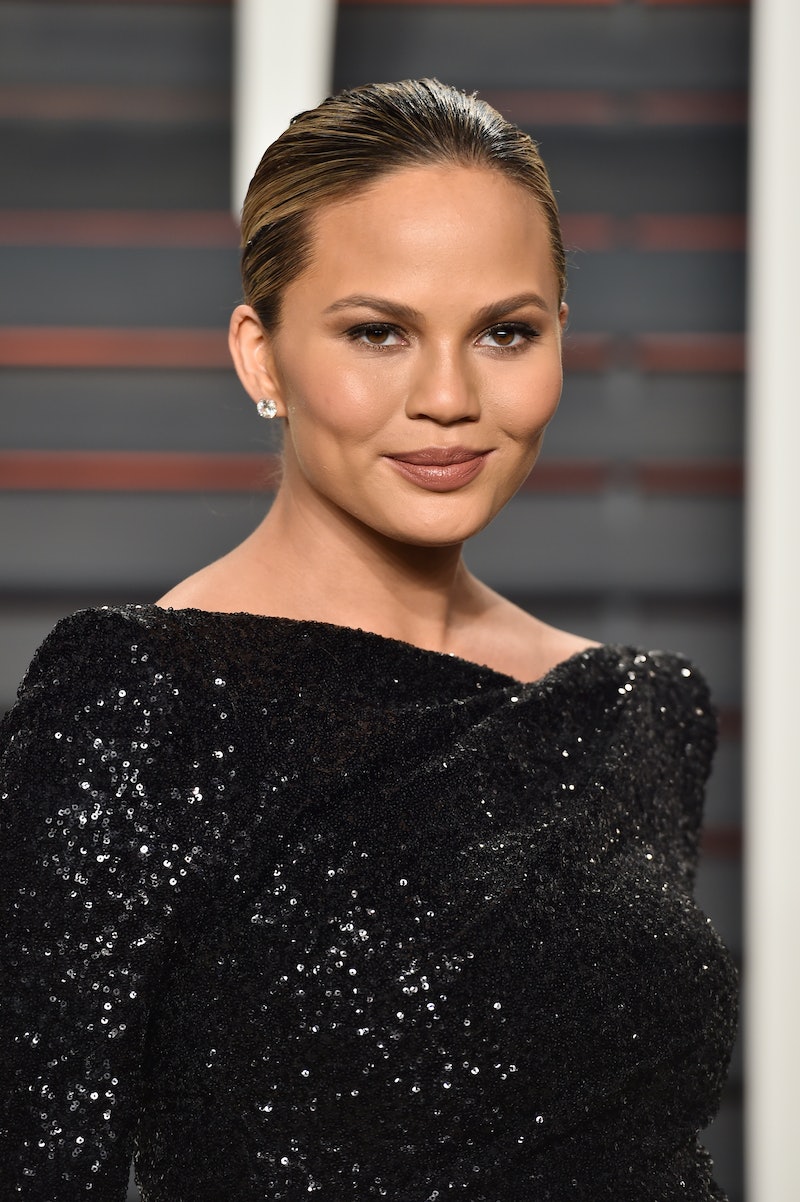 Ever since they released the first baby photo, there's been no doubt that Chrissy Teigen and John Legend have one cute baby. Her name alone, Luna Simone, is beyond adorable. That said, and as in love as she is with Luna, Chrissy Teigen admits motherhood isn't easy. In between gushing about how wonderful it is being a mom to Entertainment Tonight, the 30-year-old model dished about the difficulties that come with raising a child. And what is the one thing Teigen says is surprisingly hard about motherhood? Her breastfeeding schedule.

"The feeding schedule surprised me a lot," she said. "If you kind of do the math, you're kind of breastfeeding for 10 hours a day total. It's very loving and sweet, but it's not easy. It's hard to work your entire day around getting her the nourishment she needs because they are just little animals."

This isn't the first time the color commentator of Lip Sync Battle has shown just how big a role breastfeeding now plays in her life, no matter her busy schedule. Earlier in May, Teigen posted a Snapchat of herself breastfeeding Luna, while her stylist was helping her get dressed. If that isn't enough, she even once tweeted about getting a spray tan around her "breast pump outline." See? She's not exaggerating.

But breastfeeding and taking care of her daughter hasn't stopped Teigen from working and doing what she loves, like cooking. She told ET that she "jumped right back in the kitchen" after giving birth to Luna. Also, the kitchen is a place for Teigen and Legend to hang while Luna is sleeping. Can you imagine these two just chilling in the kitchen and making all kinds of goodies together? Yeah, so cute.

All of that said and done, Teigen really has nothing to complain about when it comes to being Luna's mom. As she gushed to ET,

Her eyes have uncrossed a little bit, and, like, now, rather than looking right through you, she looks at you, which is really nice. But it's the little smiles that get you ... There is no feeling like that first little smile, your first Mother's Day, which was so beautiful and sweet to me. The entire day my eyes were on the verge of tears because I was so happy.

No matter what issues Teigen may or may not encounter as a mom, it's clear that she will never not love mothering Luna.