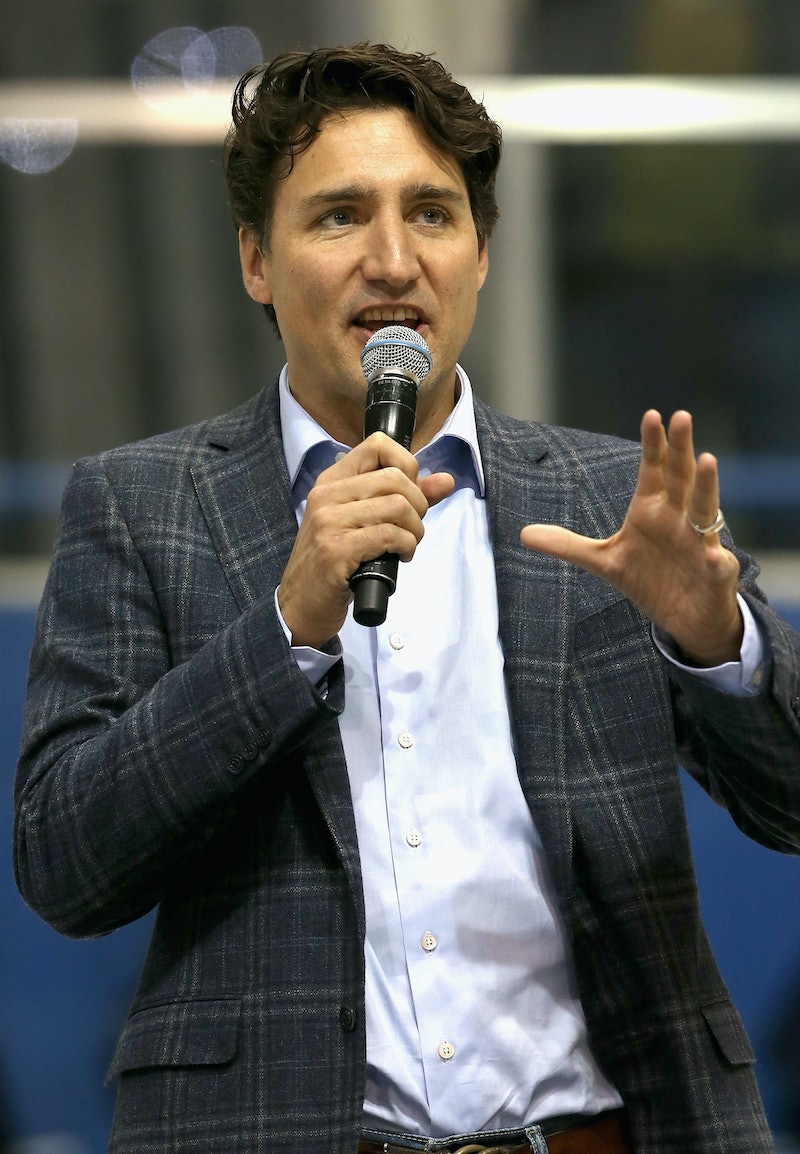 The Canadian government, led by Prime Minister Justin Trudeau, just took a big step toward boosting women's access to reproductive care around the world. On May 10, Trudeau lifted a prohibition on the use of foreign aid for abortion services. The restriction was part of former Prime Minister Stephen Harper's $3.5 billion global commitment to maternal and child health around the globe, to be distributed from 2015 through 2020. Trudeau saw Harper's $3.5 billion, raised him $750 million, and scrapped the restriction for abortion services from the commitment. It's time for the United States to do the same.

The United States has been blocking foreign funds for abortion since 1973, when it instituted the Helms Amendment, which reads:

No foreign assistance funds may be used to pay for the performance of abortion as a method of family planning or to motivate or coerce any person to practice abortions.

The wording of the amendment doesn't actually prohibit funding for abortion in certain cases beyond family planning, such as a woman's health and safety, or in the cases of rape or incest. But the Center for Gender Health and Equity reported that USAID has interpreted the amendment to prohibit the use of funds for abortions abroad, regardless of the reason for the procedure.

There was never exactly a bad time to allow foreign countries to use aid to implement evidence-based healthcare for its citizens. But access to safe abortion is becoming increasingly crucial in certain parts of the world. NPR noted that the spread of the Zika virus across Latin America has reignited debate around the Helms Amendment. The virus can cause devastating birth defects, including microcephaly, a condition characterized by an abnormally small head and brain.

The Population Action Connection Fund highlights another concern specific to our time: the violence perpetrated against women by terrorist groups like ISIS and Boko Haram, which have taken strongholds across the Middle East and Africa in recent years. These groups are well-known for kidnapping women and girls and raping them, sometimes resulting in unwanted pregnancies. Those who become pregnant and manage to escape must have access to safe abortion services in case they wish to pursue that option.

Louis Belanger, communications director for Canada's International Development Minister Marie-Claude Bibeau, said in an email statement: "Canada provides support to strengthen national and local health care systems in line with the legal frameworks and health priorities of recipient countries themselves." Will the United States do the same?

The Huffington Post reported that Hillary Clinton has said that if elected president, she will work to soften the interpretation of the Helms Amendment, allowing foreign funding of abortion in certain cases, while Sen. Bernie Sanders expressed a willingness to do the same, by executive action if necessary. But it's hard to know for sure what will happen with U.S. policy toward abortion funding abroad, as the country has been mired in debates about abortion within its own borders for decades. The Canadian government, for its part, is done inhibiting women's and girls' access to abortion abroad.