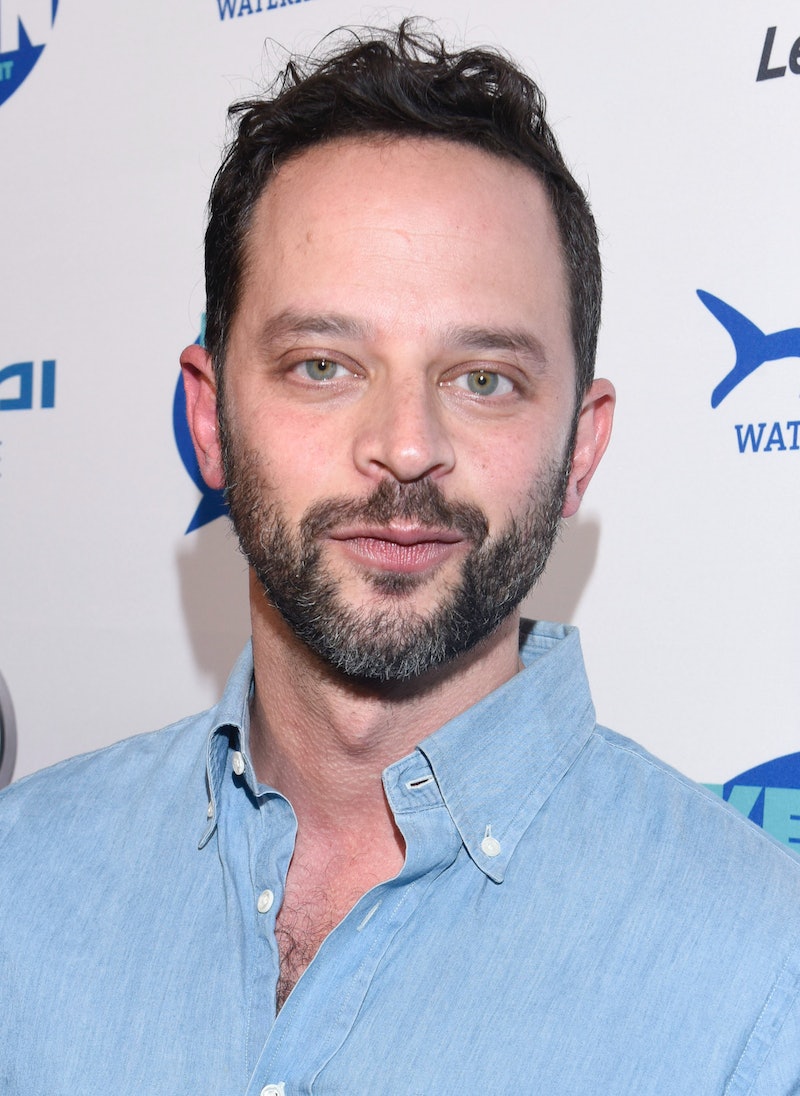 ABC's The Bachelor always provides shocking twists, turns, and the occasional laugh. And the franchise's after show, Bachelor Live, often provides even more jaw-dropping moments — especially when Nick Kroll and John Mulaney (as their old man alter-egos Gil and George) are let loose on the live television show. For those who didn't catch their mid-season appearance, here's what went down.

Gil and George (Kroll and Mulaney in some well placed white wigs) came on the show to talk about Ben Higgins' season thus far. But thanks to the crotchety old men, things quickly took a turn for the bizarre. And it's not a huge surprise: Gil and George's favorite past times include ogling women, frequently their local YMCA locker room, and ordering "too much tuna" at restaurants — their signature prank.

According to the League star, bookers of the after show noticed that Kroll that Kroll had tweeted about the show, so they invited him on. "I tweeted a picture of one of those twins, her profession was listed as 'Twin,'" he says, referring to contestants Emily and Haley Ferguson. "The bookers of the after show were like, 'Do you want to do the show?' And I was like, 'I don't, but I think Gil and George would.'"

Perhaps the most noteworthy moment of their appearance was when Gil got down on one knee and proposed to Lace Morris, who actually left the show of her own accord — with a Werther's Original candy. "Gil met Lace, the love of his life," Kroll tells me. "They are engaged to be married."

Gil's a lucky guy, but if Morris knows what's good for her she'll keep a close eye on her betrothed. Because as Kroll admits, Gil also has eyes for the franchise's latest Bachelorette, JoJo. "Gil's excited cause he loves brunettes, but he's very adventurous, because he also loves blondes," Kroll says of Gil. "He's got a general enthusiasm. He and George are perennial bachelors, and they love to see a bunch of white men fight over a white woman."

If given the opportunity to come on the show as contestants, Gil and George know exactly what they'd do to win JoJo's heart. "My guess is that they would come out [of the limo] and prank JoJo with too much tuna, then get back in the limo and take it out for the night."

Time will tell if Gil and George step out of a limo during Monday night's Bachelorette premiere, but for now, the real question is: Will Gil and Lace's engagement last? Gil is, well, skeptical. "We'll have to see what happens now that Lace is going to be on Bachelor in Paradise... which should be good for her sobriety."

Easy now, Kroll — or is that Gil talking? Regardless, fingers crossed Gil gets his act together for his next Bachelor appearance.