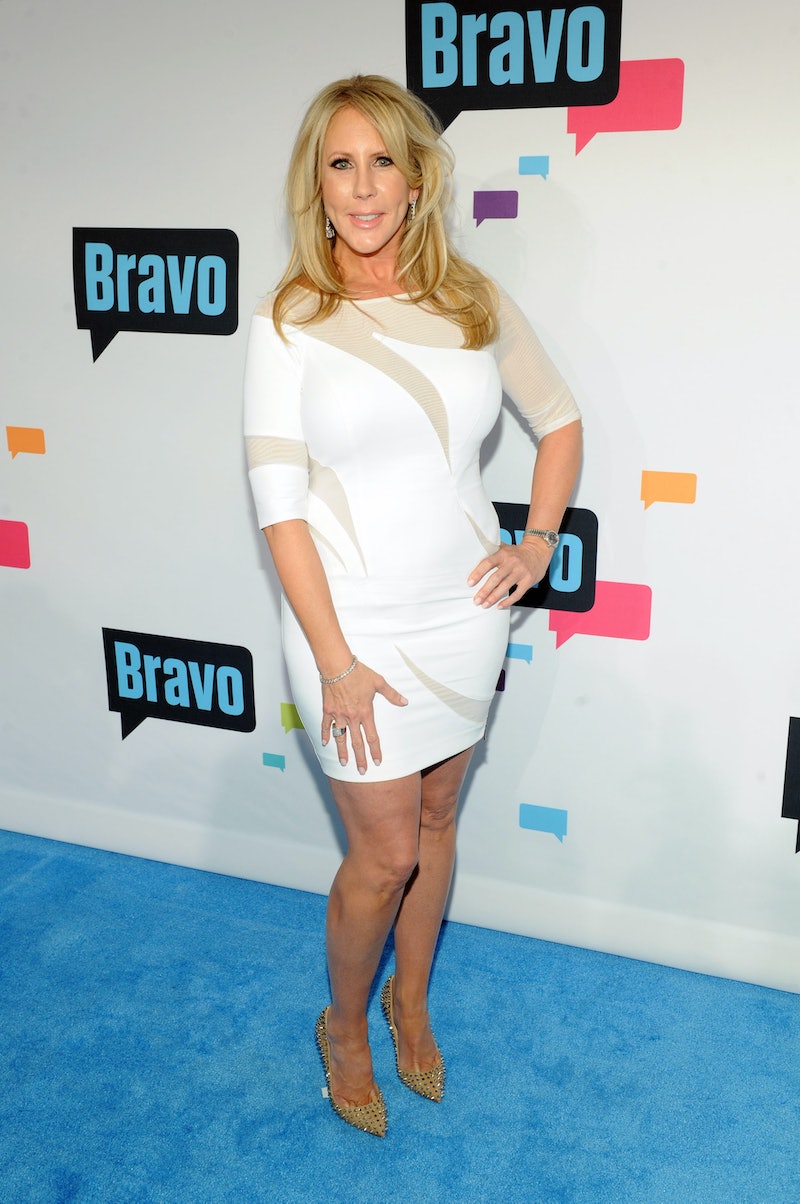 Someone’s love tank is running on full these days: It looks like Vicki Gunvalson is officially off the market. Well, at least according to her Instagram posts. The Real Housewives of Orange County star has been posting a number of telling pictures these days that hint that she has moved on from ex Brooks Ayers and is dating someone new. So when she posted a picture of an unnamed mystery man with some very telling hashtags, it became clear that this grandmother of two has definitely found love in her life again. But who is this mystery man that Gunvalson is dating?

For the time being, Gunvalson is keeping mum on who the man in her pictures is exactly. But, thankfully for all of us, she gave away plenty of details about who the new man in her life is in her Instagram posts and her rampant use of hashtags. For instance, in a post from over a week ago, the Bravo star writes that this man “#lovescountry.” Apparently, this is an important quality for Gunvalson to find in a partner. Included in the picture’s caption are other telling hashtags, including “#politician” and “#retiredlawenforcement.”

Putting my super stealthy hashtag interpretation skills to use, I’m going to go out on a limb and say that this means the new man in her life is a retired law enforcement agent and a current politician.

But considering that Gunvalson and this man were only on “Date night #10,” that might be all the Real Housewife is revealing about him for the time being.

Still, there are other hints from her Instagram account about who this man is and how he is fitting into her life. Like the picture of the roses he sent, which he signed, "S." Or, in a picture posted the same day as the one of Gunvalson and this mystery man on their tenth date, Gunvalson appears in the same outfit and at what looks like the same establishment with her family, including her daughter Brianna. In another photo, he stands beside Vicki with her sister and brother-in-law. It's definitely a good sign that he’s already accompanying her on family outings.

It’s nice to see Gunvalson so in love these days. Now let’s all just cross our Real Housewives-loving fingers that she introduces him on the next season of Orange County. There’s nothing that I would love more this season than a little Gunvalson relationship drama.