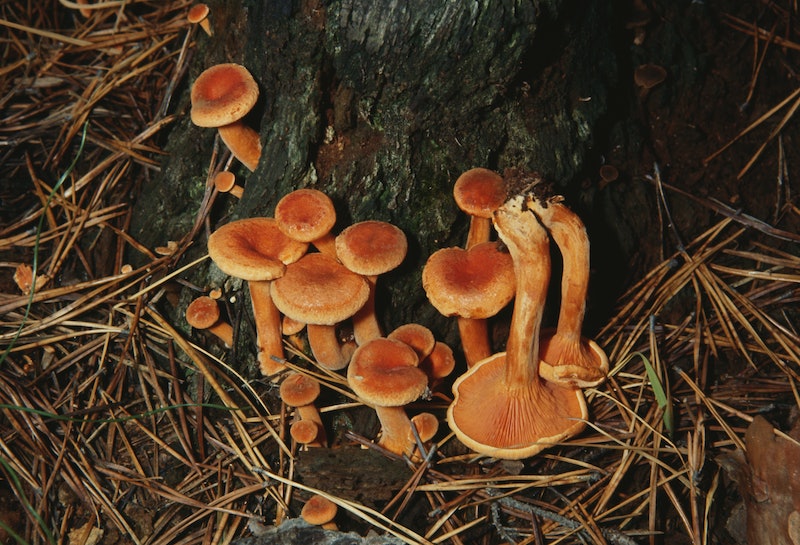 Psychedelics and party drugs are looking like the new forefront of treatment for serious psychological disorders (in other words, they're about to become all boring and "establishment"). You can understand where the scientific interest appeared: if you've got a substance that does insane things to the brain, it makes sense to see if any of those talents could be harnessed for therapeutic good. Marijuana, of course, has been examined for its impact on mental health for years; but nowadays, everything from ketamine to LSD is under the microscope for its potential as a psychiatric treatment for things like alcoholism and severe depression. And the results, though preliminary, are very interesting indeed — it appears several psychedelic drugs are good at treating mental illness.

The one big caveat that needs to be placed on this article, of course, is Don't Try This At Home. (Capital letters. Imagine I'm shouting it at you.) The use of isolated substances and chemical compounds in very strictly controlled clinical environments is not the same as getting something off your friend Dave at a house party, and you shouldn't go seeking out illegal psychedelic substances seeking the same effects. It's not safe, and you can't say that "scientists told me to;" the paramedics will, correctly, not believe you.

One day, it may be possible to be prescribed LSD for your OCD, but that day's not here yet. Until then, let's go on a trip through the bizarre science of illegal class-A drugs and what science knows about their mental illness-busting potential.

An article published this week in Nature reports that the results of the first human trial of magic mushrooms as an antidepressant have been released — and they're actually pretty positive. The substance really being tested, as it happens, wasn't magic mushrooms themselves, the fungal growths in the genus Psilocybe that produce hallucinogenic effects when eaten; it was one of their active ingredients, a compound called psilocybin.

First of all, we have to warn caution here: the study was tiny, with only 12 participants. But the researchers who ran it, from Imperial College London, gave all participants a single dose of psilocybin to see what happened. All 12 participants had suffered from serious depression for an average of 17 years, and had seen no marked improvement with normal therapies like SSRIs or therapy; but they all reported feeling better one week after their dose, and after three months, the lingering improved mood seemed to be firmly entrenched.

It's a pretty remarkable result. We're only just starting to understand how the active compounds in magic mushrooms, which have likely been consumed by human societies for thousands of years, actually work in the brain; a study in 2013 revealed that psilocybin actually promotes cell growth and healing within the brain's structure, and it's been proposed that the compound may stop the cycle of "rumination," or self-critical obsessive thinking, that characterizes many severe cases of depression. It's also been tapped as a possible help for PTSD and cancer sufferers and a route to greater emotional "openness," or curiosity and appreciation. A lot of work remains to be done, but it's a pretty promising start.

MDMA, otherwise known as ecstasy or molly, has been on the radar as a possible psychiatric drug for a few years now. One of its most promising uses appears to be in the treatment of post-traumatic stress disorder, or PTSD, a severe anxiety disorder suffered in response to serious traumatic events like warfare or sexual assault. The first glimmers of its potential came in 2012, when two studies followed a group of PTSD sufferers for six years after one to three small doses, and found that a majority of them seemed to have benefited from MDMA therapy.

The FDA is currently running a series of human trials on its effects in this area, which is automatically a sign that things are hopeful. The actual research is being done by MAPS, the Multidisciplinary Association For Psychedelic Studies, which reported in April that they're reaching the end of stage 2 human testing, and are talking to the FDA about moving into stage three, which could see it become an approved treatment drug by 2021, at the earliest. The Drugs Enforcement Agency also began a series of tests in 2015 on its performance as an anxiety-reducing drug among people with serious illnesses. But all the studies urge caution, as MDMA taken recreationally often causes depressive effects after a dose, and they're still trying to mediate that impact in therapeutic settings.

LSD, or lysergic acid diethylamide, isn't just what your parents used to get high back in the '60s; it's also providing an interesting bunch of research on curing alcoholism. And, interestingly, a lot of the original studies were done back in the 1960s and '70s, and are only recently being reexamined. Over 500 patients were studied over the course of about four years in Norway, and in 2012, the results were unearthed: after a single dose of LSD given during an alcohol treatment program, 59 percent of the participants didn't abuse alcohol again, as opposed to 38 percent of the group who went through the program "clean".

In an interesting twist, Nature , reporting on the rediscovered research, asked for an explanation from one of the Imperial College London scientists studying the impact of psilocybin on depression: that's right, our old friends the magic mushroom researchers. The researcher, Robin Carhart-Harris, proposed that LSD might help addiction by causing brief neurological chaos: “Psychedelics probably work in addiction by making the brain function more chaotically for a period — a bit like shaking up a snow globe — weakening reinforced brain connections and dynamics.”

In fact, Carhart-Harris, who has done fMRI scans of the brains of subjects while on LSD, also opined in the New Yorker in 2015 that LSD might, in time, be able to help other kinds of addiction and anxiety disorders, including OCD, because psychedelics seem to disrupt the brain's higher-level faculties and derail any "excessive" patterns of behavior. We're still a long way off from confirmation of that idea, though.

Full disclosure: a brilliant young friend of a friend recently died tragically of a ketamine overdose, so this particular drug possibility worries me more than most. But it's showing distinct signs of being very helpful in controlled environments for specific things. Specifically, ketamine, which in its life before becoming a party drug was a veterinary sedative for large animals, is gathering pace as a possible help for severe depressives. It seems that ketamine targets something in the brain called the NMDA, or N-methyl-D-aspartate, receptors, which don't appear to work properly in the minds of the seriously depressed. Ketamine works as an NMDA antagonist, as do some other anaesthetics, and that may be why it may be potentially useful.

In 2014, a small study on 28 people used ketamine as a short-term anti-depressive treatment, and found that it was successful on at least eight of them. But the duration of its effects is its big downfall: ketamine may relieve depressive symptoms, but it looks as if it wears off rapidly, within days or hours. Long-term effects seem to be pretty lacking, and one discussion in the Journal of Clinical Psychiatry in 2015 even wondered whether ketamine nasal spray might be the best way to prolong its antidepressant impact. The rapid-response element, reports WebMD, means it might be an effective treatment for suicidal feelings, but whether it can be more broadly applied is still kind of a mystery.

If you feel like being part of the ketamine-treatment future, though, the US National Institute Of Mental Health is actually currently recruiting participants for a study of ketamine's rapid next-day effects on serious depression and bipolar disorder. Go make science.