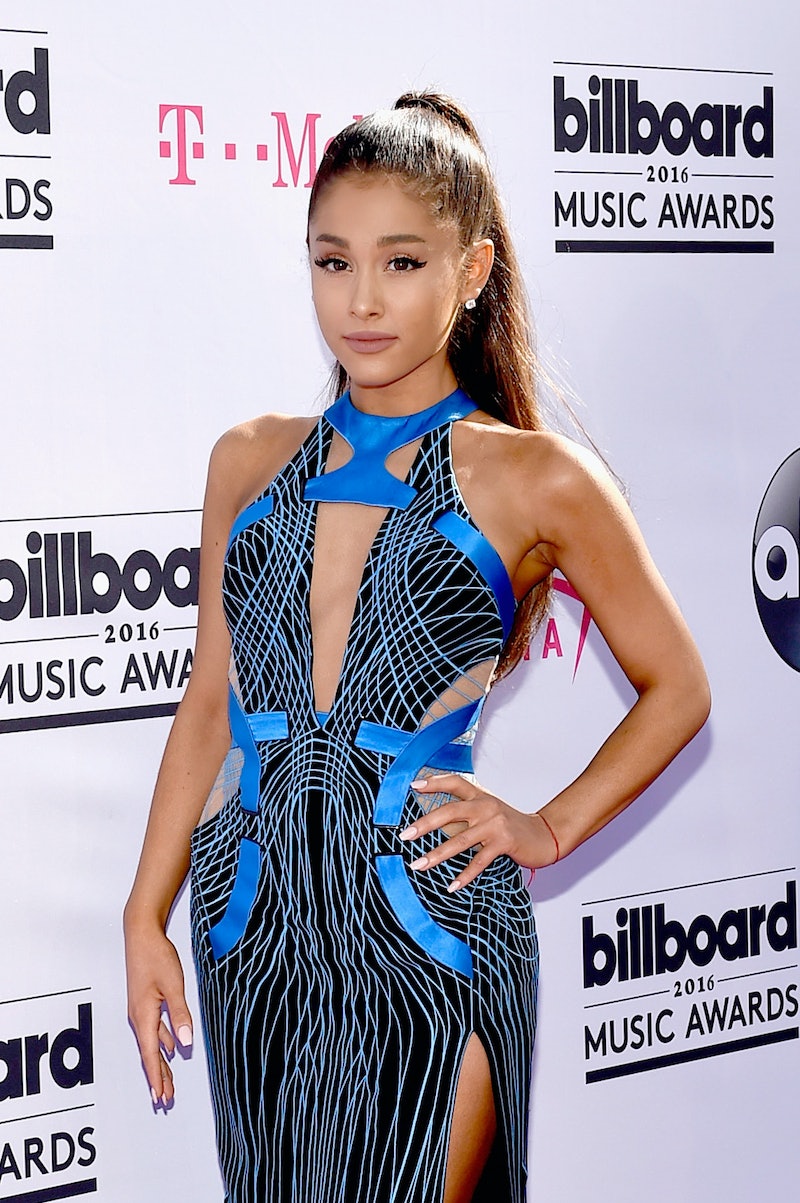 No surprise here: The master of live singing, Ariana Grande, performed "Into You" at the 2016 Billboard Music Awards and absolutely stole the show. Grande, whose third album, Dangerous Woman, dropped on Friday, May 20, decided to perform her new single off the record during Sunday night's awards show, and as usual, her performance was an absolute must-see, due to her stunning vocals and command of a stage.

Grande, who was nominated for two awards at the Billboard show, for Top Female Artist and Top Social Media Artist, has always been a top-notch live performer, and her time spent singing at Sunday's show was no exception. The 22-year-old singer arrived on stage looking gorgeous and surrounded by a group of dancers to perform a short bit of her first song of the night, "Dangerous Woman," the title track off the album. Quickly, she transitioned into the single "Into You," and then a bit of "Focus," also off the album.

It's too early to tell if Grande will end her night at the Awards with a trophy in hand, but it's clear that no matter what happens, she'll be deemed a winner thanks to her pitch-perfect performance.