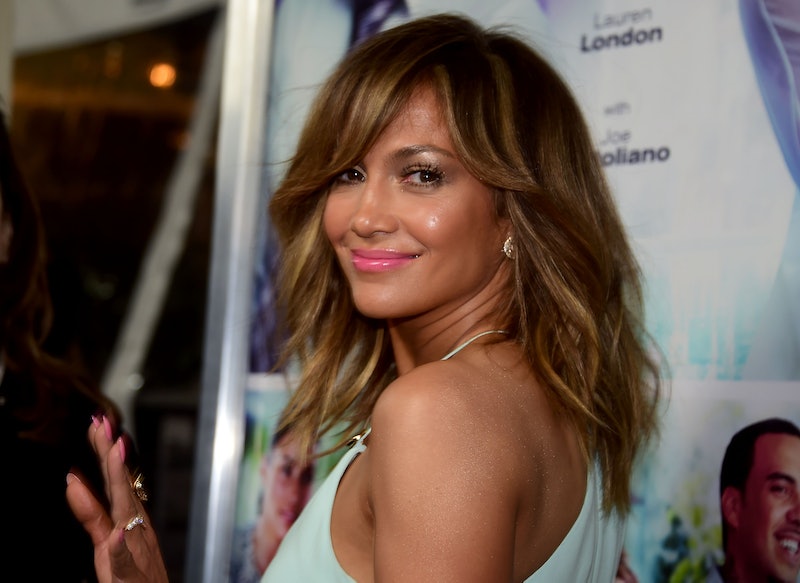 There's one thing that Jennifer Lopez truly hates to be called. No, it's not J. Lo; it's diva. In a roundtable interview with The Hollywood Reporter that had actresses like Sarah Paulson, Regina King, Kerry Washington, Kirsten Dunst, Constance Zimmer and Julianna Margulies sitting down together to talk about Hollywood and its double standards, Lopez revealed why she hates the word "diva." It's a word she says she's unfairly been saddled with her whole career. As Lopez's story makes clear, the word "diva" isn't, as Beyoncé once said, "the female version of a hustla." It's a sexist term that we need to stop using as a way to bring powerful women down.

"I've always been a hard worker, on time, doing what I'm supposed to do," Lopez said, before explaining that she got the "diva" label because she reached a certain amount of success in her career. The word is meant to make her and other women question themselves, something Lopez said it did for her. "I felt crippled to voice my opinion, especially because certain directors and the boys' club that they form can make you feel like, 'Oh, I can't say anything.' I was always fascinated by how I could see [a man] being late or being belligerent to a crew and it being totally acceptable; meanwhile, I'd show up 15 minutes late and be berated."

There's a double standard in Hollywood; that, we all know. But it's not just in the way women are treated. It's in how their success is treated. Women who reach a certain level have to fight back against the systemic sexism of Hollywood, but, often, when they do, they get called out for it. They're divas. They're difficult, demanding, and/or entitled.

The word "diva" hasn't always been a divisive one, though. Its early use, in 1883, according to the Oxford Dictionary, was solely a musical one, used to describe “a distinguished female singer.” It celebrated a woman's talent only — she was a larger than life performer — and wasn't a commentary on her perceived behavior. There was something beautiful and feminine and strong about the word. But, soon, it became known as something negative. It was no longer a noun, but an adjective used to describe “a woman regarded as temperamental or haughty.” It's hard not to feel like "temperamental" was just a code word for having opinions or speaking her mind. This one word doesn't get at the complexities of being a woman who has power and knows how to use it. It just tears women down for understanding that she can be more and do more.

Perhaps the worst part of the word is there really isn't a male equivalent for it — at least not one that carries the same stigma. The word "diva" has come to mean you're hard to work with. It's a black mark on a woman's reputation that can be hard to overcome when already the pickings are slim for powerful female roles.

Clearly, it hasn't held Lopez back, but it definitely could have. As she explained, she would watch men constantly show up late to set without any consequences, but, if she was to say anything, she'd be criticized for her behavior. "Like, we're not allowed to have certain opinions or even be passionate about something, or they'll be like, 'God, she's really difficult,'" she said. "It's like, 'Am I? Am I difficult because I care?'"

The reality is all women care about the word and how it's used because it's an insult. It's a word used to criticize women for being in control of their identity. It's a slur against women who are successful in a man's world. That's why we need to stop using the word — or at least, let's be honest about what it means. It's a sign of weakness and insecurity that reveals much more about the person saying it than the woman it's being said about.