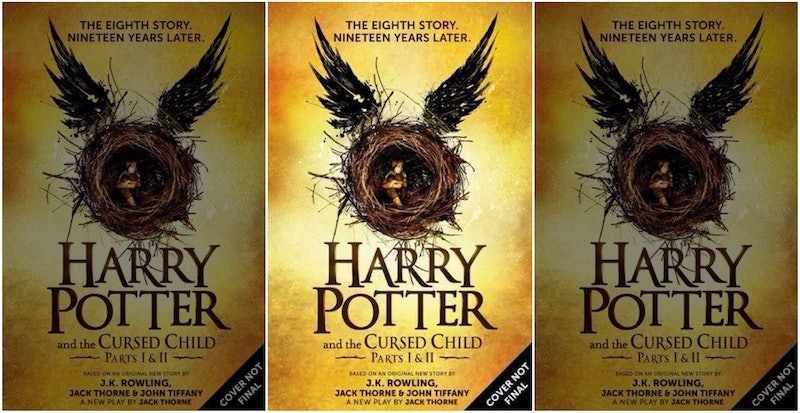 Well, the answer will be easy enough to remember for devoted fans: it will be released on Harry Potter's birthday, July 31, 2016. So celebrate Harry's 36th birthday with a "Happee Birthdae" cake and a trip to your local bookstore!

The play and the script book begin 19 years after the end of the Harry Potter series. It revolves around the life of Albus Severus Potter, Harry's second child and youngest son. The book is an early draft of the script of the West End play, called a "Special Rehearsal Edition." When the play opens for previews this summer, audiences will (naturally) have reactions. Those reactions will help directors, writers, and actors tweak the play. Those tweaks will then be incorporated into the final edition of book, which will be re-released as a Definitive Collector's Edition.

The hardcover "Special Rehearsal Edition" script book is available now for preorder, and it costs $17.99. Get it July 31.