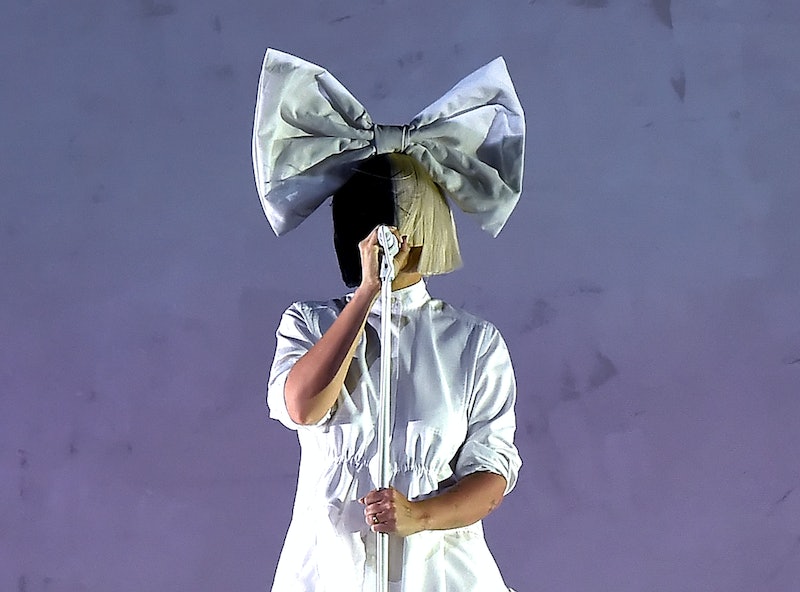 This week has been quite an avalanche of awesome Sia Furler surprises, hasn’t it? On Monday, the "Chandelier" singer announced that she will be going on tour for the first time in five years, and on Wednesday evening, she crashed the live Survivor: Kaôh Rōng reunion. As Jeff Probst discussed the season with cast member Tai Trang, someone in the studio audience called out to the host. And that someone was Probst's pal Sia. Moved by Trang's animal rights activism, fellow lover of animals Sia wanted to donate $50,000 to the Survivor contestant. And then! The bewigged musician added that she would donate another $50,000 to whatever animal charity Trang wanted.

Yes, Sia interrupted a live broadcast of a reality show reunion to gift someone with an incredibly generous sum of money and tell that same someone he inspires her. Call me a ball of sap, but I got a little choked up while watching it. It was a genuinely touching moment, what do you want from me?

Entertainment Weekly asked Probst about Sia's unexpected Survivor cameo, and his entire response only made me adore the recording artist more than I thought possible. However, there was one excerpt that really stuck with me:

As a side note, Sia was over at the house watching an episode of Survivor this season and she randomly said, “Jeff, I have to tell you something. It makes me uncomfortable when you do the marooning and you have chickens racing around a boat frightened. People are chasing them and tossing them off the boat into the water. They didn’t ask to be there. I know they will get eaten and I understand that, but do you have to put them in such trauma?” It really struck me. So for our 33rd season you will see that the chickens are in cages at the marooning. That came from Sia challenging me to see things differently.

First of all, I love that Sia and Jeff Probst watch Survivor together. I bet the commentary is simply untouchable. Man, what a duo. Their friendship is news to me, but I'm already obsessed with it. Moreover, I love that Sia not only loves Survivor, but uses her celebrity to impact the show in a positive way. She's a clucking good reality television viewer.