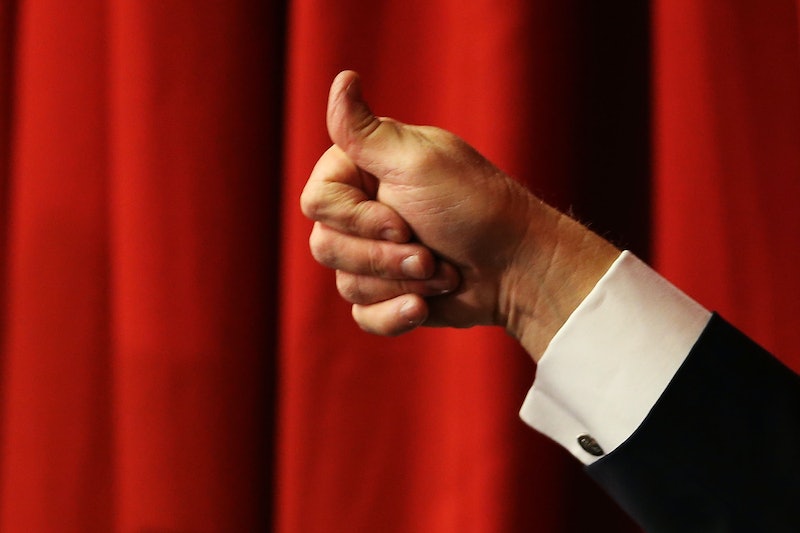 For months, the Republican presidential primaries was generating the same questions. And with each state that Donald Trump won, they got louder and louder ― is he qualified? Is he a demagogue? Is he the single worst thing to happen to the Republican Party in the modern political era? And, of course, will he be hurt by moderate members of his own party refusing to back him in November? Well, the answer is starting to look clear, and you could probably see it coming: Of course the Republicans are lining up behind Donald Trump, because if there's one thing they're great at, it's party unity in a pinch.

To be clear, this isn't to say that all Republicans will get on board. There are a great number of prominent conservative writers and thinkers on social media who've made it very clear that their opposition to Trump is not a passing fad, so much as a permanent state of mind ― RedState's Ben Howe is a particularly stark example, as he's actually gone the whole way and announced he'll support Hillary Clinton over Trump in the fall.

But when it comes to the broader Republican electorate? The numbers are starting to tell the tale. As Philip Bump expertly detailed for the Washington Post, a New York Times/CBS News poll released on Thursday shows that while Democratic front-runner Hillary Clinton's lead over her primary challenger Bernie Sanders has widened, it's already narrowing against Trump.

The reason? Now that he's locked in as the GOP nominee, Republican voters are finally warming up to the idea of the golden-helmeted businessman in the White House, or at the very least as compared to the idea of Clinton in the top job. I know, I know ― choosing the boorish, erratic, self-obsessed, utterly inexperienced guy with barely a shred of policy insight instead of the highly-qualified former secretary of state isn't the choice you might make, but it's clearly where these folks are. As The New York Times' Jonathan Martin and Dalia Sussman explained:

Now, if you're a Democrat (or you're at least likely to vote for one in November), you shouldn't necessary be too worried about this. I mean, definitely be worried about Trump as a presidential nominee, because the idea that a handful of unforeseeable incidents could land him in the White House is utterly horrifying. But as far as the general election polls tightening goes, this sort of thing is pretty predictable.

It's a natural consequence of the Republican primary ending, and all those voters who were just weeks ago in the thick of the battle for their preferred candidate realizing, "well, it really is this guy or nobody." Nothing solidifies party unity quite like the realization that you have no other choice but losing ― the Democrats are hoping against hope that the same ends up being true on their side, considering Clinton also has very high unfavorability ratings.

But it's something worth keeping in mind the next time you hear or read about the GOP being unhappy or unsure about Trump as the party's leader. That might be true to some extent as far as longstanding GOP leadership is concerned, but as far as their voters go, it's looking like any prior reluctance to Trump is already starting to melt away.