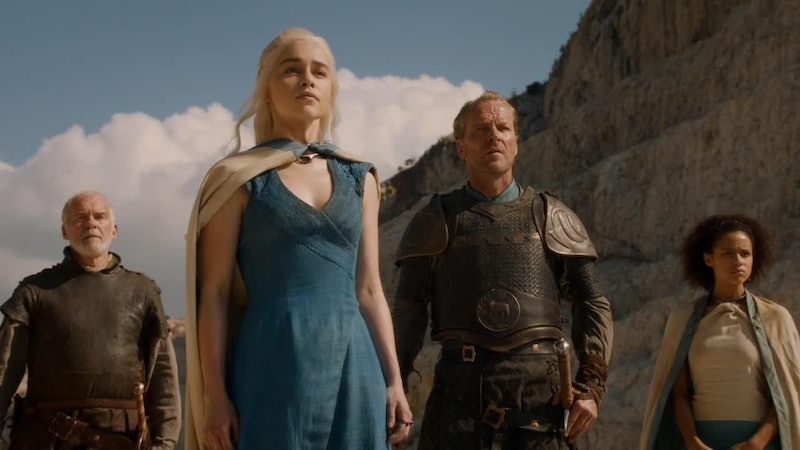 It was a scene of chaos that, if not for the suits and ties, seemed ripped from HBO's Game of Thrones as House Democrats chanted, "Shame! Shame! Shame!" at their Republican colleagues following a disastrous vote in the House early Thursday morning. House lawmakers were voting on an anti-discrimination measure aimed at protecting the LGBT community when an alleged break in protocol by Republican leaders caused disorder and anger across the aisle.

Although it initially appeared as if the amendment would pass with a 217-206 vote, Republican leaders reportedly extended the vote's initial two-minute window of time to pressure party members in support of the anti-discrimination measure to change their vote. Chants of "Shame! Shame! Shame!" fill the chamber as the House's GOP leaders held the vote open until the "nays" inched over. Ultimately, the measure failed 212-213.

"My colleagues just voted to support discrimination —they are hateful. Shame!" Democrat and New York Rep. Sean Maloney tweeted shortly after Thursday morning's charged vote. "Every single Republican who voted against my amendment should be ashamed of themselves. Your children will remember your hate."

House Democrats also raised issue with how GOP leaders reportedly allowed party members to switch their vote from "yay" to "nay" without walking up to the area before the House speaker's rostrum, commonly known as the well, to report their change in vote. Doing so allowed representatives to switch votes without transparency, they argued.

The measure was introduced by Maloney as an amendment aimed at nullifying a provision within a veterans and military construction spending bill passed by the House Wednesday which stated the government could not discriminate on the basis of religion against religious corporations, associations, and institutions holding federal contracts.

"The inclusion of such hate-based language in a defense bill designed to support our military sends exactly the wrong message at a time when we should all be unified in supporting the efforts of our service members around the world," Maloney said Thursday while introducing his amendment on the House floor. The New York representative claimed the defense bill "rolls back anti-discrimination provisions contained in executive orders issued by the president in recent years" and urged lawmakers to ensure the civil rights of the LGBT community were protected.

But some Republicans fought back against charges they had been pressured or bullied by party leaders into changing their vote. "I am outraged that political opponents or members of the press would claim or insinuate that I cast a vote due to pressure or party politics," Rep. Bruce Poliquin told political blog the Hill. "No one controls my vote."