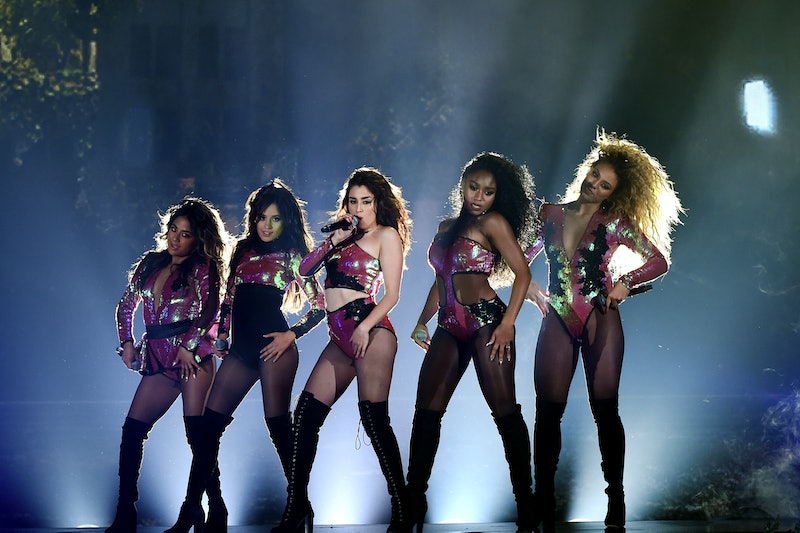 I won't even lie: Fifth Harmony's "Work From Home" is my favorite song of the moment, partly because it's an effing jam and partly because I work from home and the ~meta-ness~ of it all makes me laugh. So when I heard that the ladies of 5H would be joined by rapper Ty Dolla $ign to perform the sizzling track at the 2016 Billboard Music Awards, I was all for it. And guys: Fifth Harmony's Billboard Music Awards performance is everything I could've wanted. While I wouldn't say that it was a surprise that Camila Cabello, Lauren Jauregui, Ally Brooke Hernandez, Dinah Jane Hansen, and Normani Kordei slayed the hell out of the number (the girls kill it every time, TBH), they definitely got the got the crowd pumped the eff up with the sultry performance. Like so much so that I'm thinking they should change the name of the song to "Werk From Home."

While "Work From Home" unfortunately doesn't showcase the girls' impressive vocals as much as it should, the performance put their tight dance moves center stage. Every member of 5H showcased her impressive dance skills with precision, badass confidence, and the kind of sex appeal that can only come from someone who knows what she's about and isn't afraid to show it off. Werk, ladies.