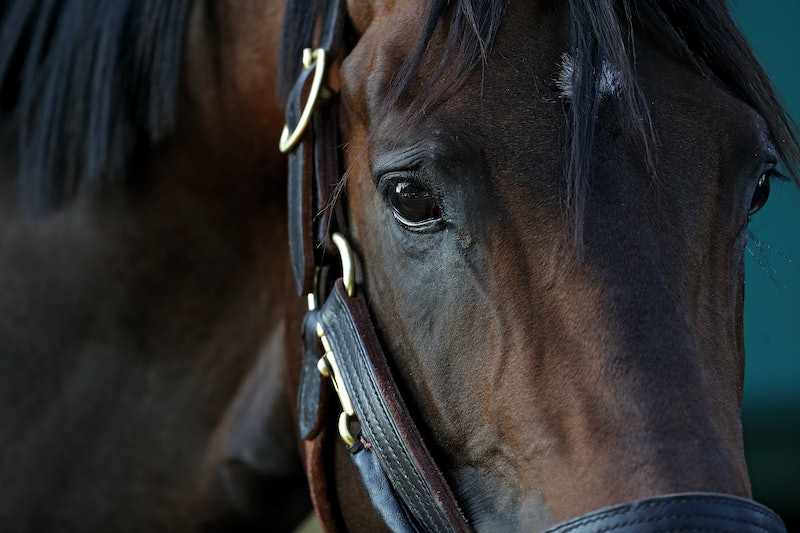 On Saturday, despite wet and muddy conditions, a field of horses hit the track at Pimlico Race Course in Baltimore, Maryland, running in the second leg of racing's prized Triple Crown. There was a little intrigue about who'd be the favorite at start time, with a reportedly enormous bet on relative unknown Stradivari knocking Kentucky Derby winner Nyquist down to second in the odds, only for him to rebound back to the favorite's position. But when the finish line was finally crossed, all the questions were answered: Exaggerator won the Preakness Stakes, meaning Nyquist's Triple Crown bid has ended, and there'll be a lot less drama at the Belmont Stakes in June.

The three-year-old colt Nyquist had been the horse on everybody's mind heading into Saturday, because there's simply nothing about racing that grabs casual interest quite like a Triple Crown chance. Especially considering how it went down last year, when American Pharoah lit the racing world ablaze by winning the first Triple Crown since 1978. But, likely to the chagrin of many racing fans, Nyquist's chance at history evaporated on Saturday. Instead, it was his longtime rival Exaggerator who won the Preakness, meaning it'll be a whole year until there's another chance for a Triple Crown winner.

It's not as though you could've expected another Triple Crown bid so soon, and granted, racing fans have been a little bit spoiled over the last few years ― in 2014, California Chrome took an active Triple Crown bid to the Belmont Stakes, and in 2015, American Pharoah finished the job, beating the field in a dramatic Belmont run to claim racing's top prize for the first time since 1978.

But it's not easy even to get that far, not by a long shot. Only 38 horses have successfully won both the Kentucky Derby and the Preakness since 1875, the first year in which all three races were run. There have only been 12 horses who've won the Triple Crown outright over that time, and only four since 1950.

In other words, there was never any guarantee that Nyquist would prevail, and it speaks to the dominant performance turned in by Exaggerator that the reigning Derby winner was denied, soaked conditions and all. If you're still interested in watching the Belmont Stakes to see how everything shakes out, though, you'll still be table to tune in ― it'll be taking place a few weeks from now, scheduled for June 9th through 11th.