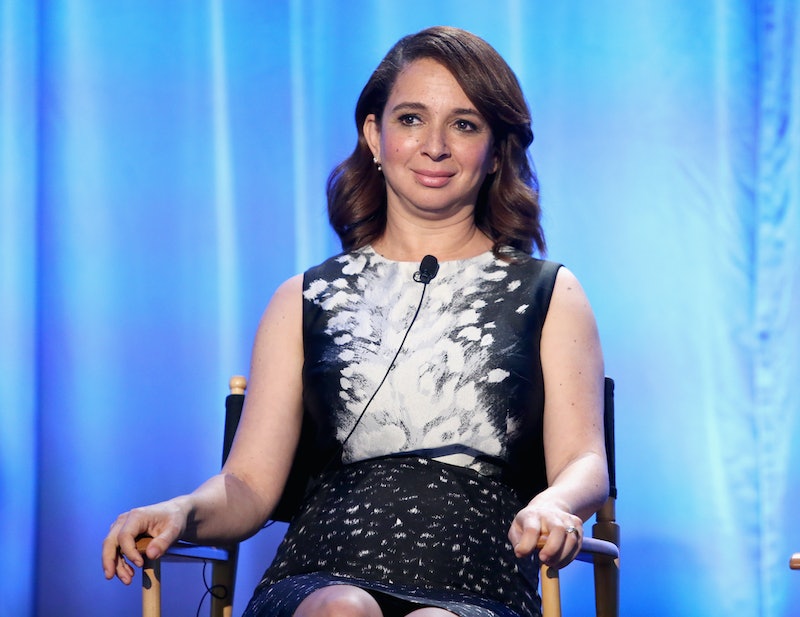 It's always great when Saturday Night Live ends its seasons with a sing-along. My favorite ever season finale had Tina Fey and Jimmy Fallon leading the cast in a rendition of "Summer Nights." When Fred Armisen hosted on May 21, the episode also ended in a musical tribute to the summer, albeit not one from Grease. And, even better, Armisen closed out the SNL finale with Maya Rudolph, Larry David, Andy Samberg and other guest stars singing along.

The sketch itself was a little more than an excuse to get all the guest stars up on stage and jam. The song they sang was about the summertime in Arkansas. ("Who here is from Fayetteville?" Armisen's character asked, to the response of no one.) The cast and guest stars donned hippie attire and played folky instruments. The stage was full of people who had been there earlier in the evening, popping up as guest stars throughout the show. Maya Rudolph had appeared on weekend update to do an impression of Brazil's Dilma Rousseff. Larry David, of course, had reprised his Bernie Sanders impression in the cold open. Jason Sudeikis had appeared in a sketch with Armisen's recurring character, Regine.

One person who showed up in the sketch and hadn't been in the rest of the episode was Armisen's Portlandia co-star, Carrie Brownstein. I don't know if she was supposed to appear in a sketch that was cut for time, or if she showed up at the end just for fun. It would've been cool if musical guest Courtney Barnett was up there as well, but it makes sense that she wasn't — at least not that I could see — since she'd just turned in her excellent performance of "Pedestrian at Best."

The sketched continued until it was cut off, which is kind of a fitting way to end the season. You can watch the full video below.