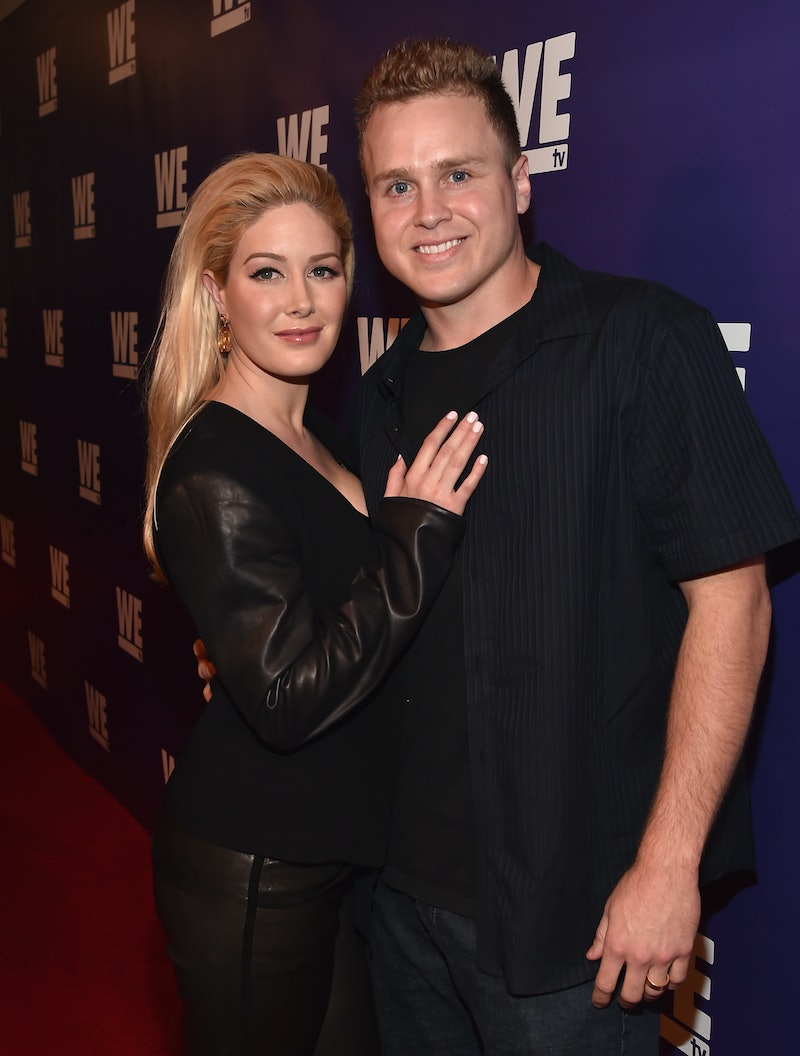 Nostalgia alert: on Saturday, May 21, most of the stars of The Hills, including Brody Jenner and Spencer and Heidi Pratt, reunited at Jenner's engagement party in West Hollywood, California. Although it might seem odd that Speidi helped Jenner and his fiance Kaitlynn Carter celebrate their engagement, it's clear that the former reality TV co-stars are all still close — and that any feuds, break-ups, and frenemy statuses that they may have shared in the past are a distant memory.

Still, that doesn't mean that the reunion isn't still amazing. As you might remember, Pratt and Jenner had a memorable falling out on The Hills . Their relationship reportedly deteriorated, in case you forgot, because of feuds surrounding Lauren Conrad, whom Jenner "dated" (remember, it's reality TV) and Spencer and Heidi detested. Yet in recent years, Pratt and Jenner have since been spotted hanging out together on multiple occasions, the latest being the celebration for Jenner and Carter's impending marriage. The duo got engaged on May 4 while vacationing in Indonesia, and they've been celebrating their relationship with not only the Pratts, but other Hills stars, including Frankie Delgado, Taylor Mosher, and Doug Reinhardt, according to People.

Additionally, the Pratts have recently been linked to the Kardashian family, of which Brody, as the son of Kris Jenner's ex Caitlyn, is a member. In a recent interview with Broadly, Heidi claimed that Kourtney Kardashian wanted to base her on-screen relationship with Scott Disick on the televised drama of the Speidi relationship. That claim hasn't been confirmed by the Kardashian camp, but it's certainly an interesting theory.

None of the Kardashians or Jenners were seen to have appeared at Jenner-Carter engagement party, and HollywoodLife claims that neither the Kardashian sisters nor matriarch Kris Jenner are going to be invited to the wedding, for fear of shifting the spotlight and causing too much drama. If true, that seems a bit ironic, considering that Jenner and Carter are apparently close with the drama-causing Pratts, but hey, it's reality TV. Who really knows what goes on when the cameras aren't rolling?