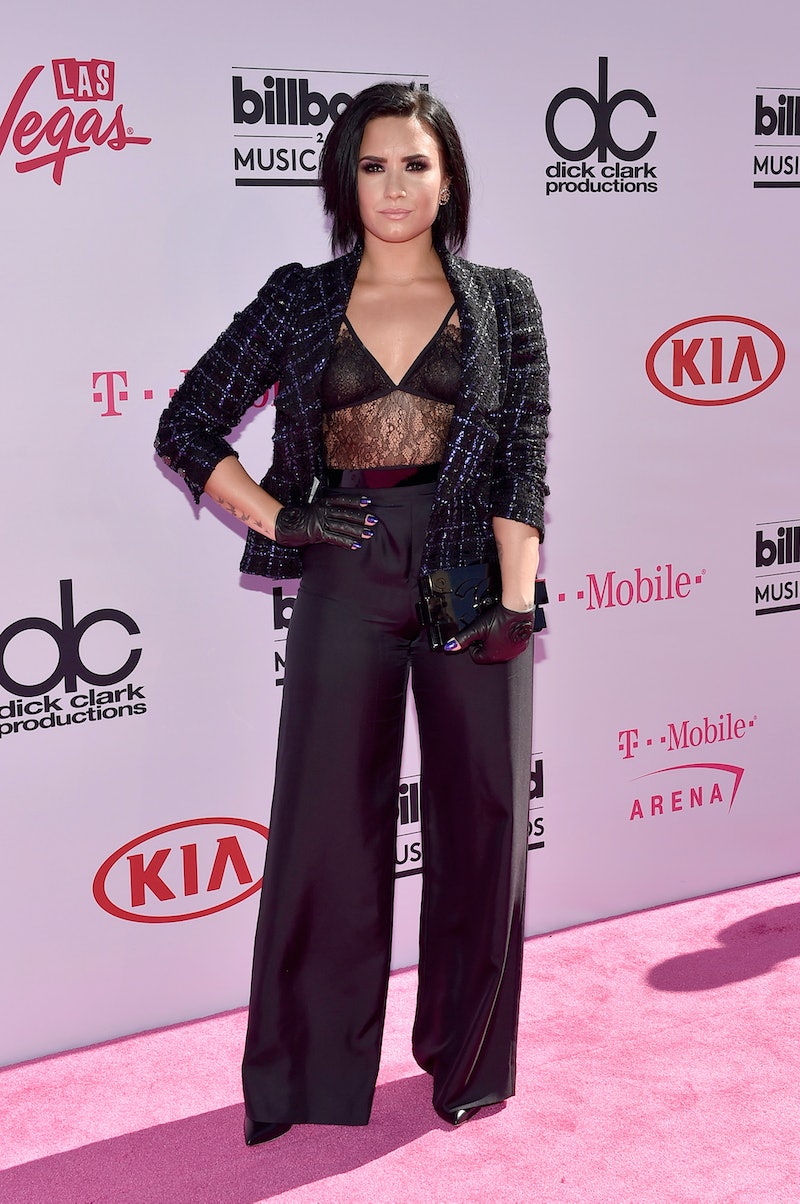 As award season goes, there are the fancy red carpets, the crazy red carpets, and the red carpets that fall somewhere in between. And there's the 2016 Billboard Music Awards red carpet. With artists like Taylor Swift, Drake, Selena Gomez, Ariana Grande, Adele, and The Weeknd nominated, there's a reason that this year's BBMAs red carpet is one to keep an eye on. While Billboards style isn't necessarily on the same glam level as the Grammys, the awards show is still an A-list event to say the very least. And 2016's looks certainly did not disappoint.

With celebrities like Adele and Demi Lovato expected to grace us with amazing show-stopping looks, and Hollywood's most talked-about pairs walking the red carpet together, there are dozens of style moments at the Billboards worthy of admiration. While some are on the more casual side and others pulled out all the stops, the Billboard Music Awards red carpet had something for everyone in terms of style. Whether you're more into a body con dress or a surprising suit, the celebrities of this years BBMAs brought style game that everyone can appreciate. So without further ado, here are all the looks from the 2016 Billboard Music Awards.

1. Forever In Your Mind

The boys of up-and-coming band Forever In Your Mind were looking like the perfect cross between Brooklyn hipsters and One Direction members. Good things clearly await them.

The 19-year-old singer/songwriter was looking like an ethereal dream before her first Facebook Live video pre-red carpet.

Singer and actor Priyanka Chopra is a reminder of why retro sunglasses make for the best femme fatale look.

The member of Forever In Your Mind (see #1) debuted his head-to-toe solo look on Instagram and the commenters seemed to really be into it.

This Disney Channel star (and actress and singer) has an insane following on social media... and look how pretty her makeup looks!

The "Fight Song" singer went for a striped suit and worked it.

8. Josh Ostrovsky AKA "The Fat Jewish"

And then there's this.

OK, but when is Frozen 2 coming out?

Some leather gloves are always a good idea, right?

Did he and Rachel Platten coordinate, perhaps?

This dress almost looks like art, which is hard not to appreciate.

Have you ever seen such stylish hosts?

Does anyone look as good in white as Kate?

Such a cool suit.

Who says lace is for Grandmas?

The perfect summer look, if you ask me.

This gown is everything.

A classic blazer is always a good idea.

Yes, Ashton Kutcher was there.

A classic look from the ponytail queen herself.

RiRi knows how to work a statement accessory.

A simple, but unique suit.

Her performance look was fierce.