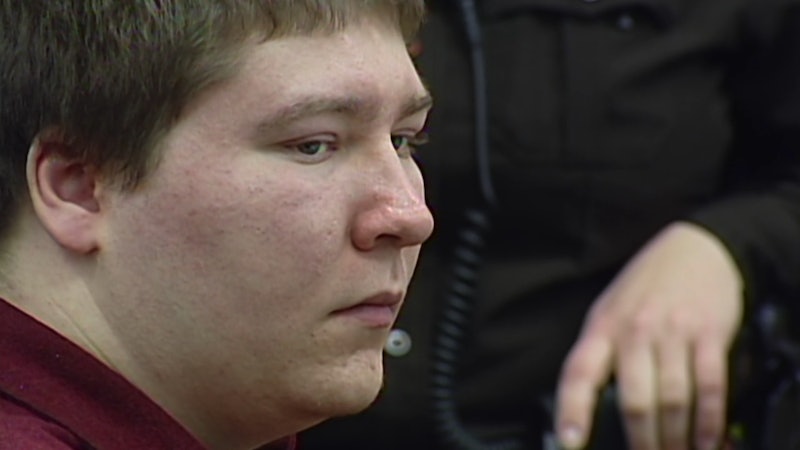 Filmmakers Laura Ricciardi and Moira Demos are in the process of creating the followup to their groundbreaking docuseries Making A Murderer, which took the country by storm at the end of last year with the astonishing story of the murder of 25-year-old Teresa Halbach and the controversy surrounding her convicted killer Steven Avery and his nephew Brendan Dassey. No official release date for Season 2 has been announced, but the next installment in the series could coincide with a major development in the case surrounding Halbach's murder. If his appeal for post-conviction relief is resolved soon, Brendan Dassey could be released from prison before Making A Murderer Season 2 is released on Netflix.

According to court records, Dassey's fate rests with a single man — Magistrate Judge William E. Duffin in Milwaukee. The federal judge is currently reviewing Dassey's appeal for a writ of habeus corpus, which is a request for a new trial based on mistakes allegedly made during his first one back in 2005. If he is granted a new trial and is found either inculpable for his actions because of diminished mental capacity or innocent of the crime, he could be released from prison in a very short time period, possibly even less than a year, considering his first trial lasted only a few weeks.

Dassey's hope for post-conviction relief rests in his controversial interrogation and confession, which the filmmakers focused on for a significant portion of the first season. Dassey's lawyer has called the confession false. "The issues [Dassey's legal team have] raised have to do with whether or not Brendan’s federal constitutional rights were violated," Ricciardi said during an interview earlier this month.

Dassey allegedly has an extremely low IQ and was not fully aware of his situation when he was questioned by the police, whom his legal team maintains manipulated him into producing a false confession. The Manitowoc County Sheriff's Office has denied any allegations of wrongdoing and claimed the confession followed standard procedure — however, Manitowoc County Circuit Judge Jerome Fox ruled that the police misled Dassey during the March 1, 2006, interrogation, but that the interrogation is still admissible in court because it was freely given.

According to Laura Nirider, co-director of the Center on Wrongful Convictions of Youth at Northwestern University and one of Dassey's lawyers, Dassey's appeals process was exhausted within the state system, prompting the appeal to the federal government. "We at the center took Brendan's case and carried it through the appeals process that included the Wisconsin Supreme Court. All were denied. The next hope is that a federal judge will review the case and rule in Brendan’s favor," Nirider said while giving a speech before colleagues earlier this month. Although the state denied Dassey's appeals, that should have no impact on the federal appeal, so the legal team is now placing its hopes for Dassey's freedom in the federal system.

If Dassey is not granted post-conviction relief, he won't be eligible for parole from prison until 2048, and will have spent the vast majority of his life in prison. Those who sided with Dassey and Avery throughout the divisive case are certainly hoping that Dassey will be released on the technicality of an unconstitutional interrogation, even if it's not the truly desired outcome for the many who believe that Dassey and Avery are innocent.

For now, those following the case, including Demos and Ricciardi, are waiting anxiously for the announcement that could permanently alter Dassey's life and the story of this case once more.

More like this
6 Organizations Fighting Police Brutality That You Can Support Right Now
By Syeda Khaula Saad and JR Thorpe
A New Netflix Doc Will Explore The Unsolved Murder Of Jill Dando
By Sam Ramsden
This First Look At 'The Gold' Shows Jack Lowden In A Whole New Light
By El Hunt and Sam Ramsden
15 Black-Owned Liquor & Wine Brands To Add To Your Bar Cart
By Alexis Morillo
Get Even More From Bustle — Sign Up For The Newsletter
From hair trends to relationship advice, our daily newsletter has everything you need to sound like a person who’s on TikTok, even if you aren’t.