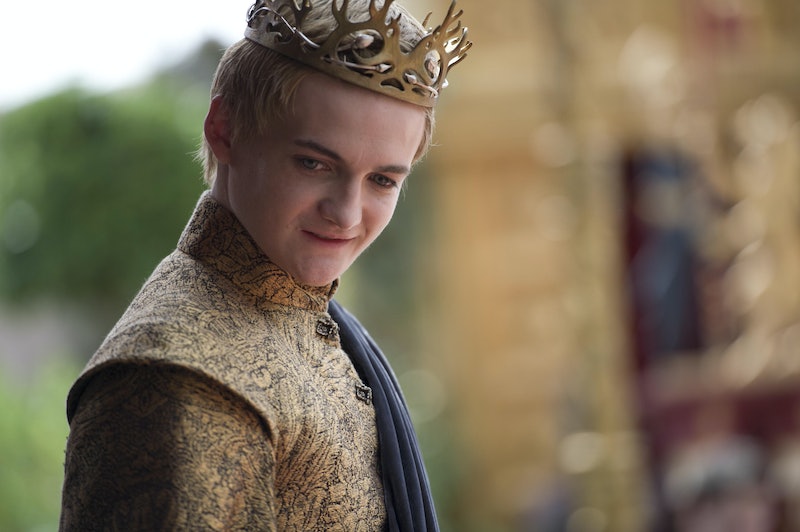 Game of Thrones is full of villains, some of whom are downright loathsome, while others walk the fine line between hero and bad guy. Then there are those Game of Thrones villains fans have a love/hate relationship with, people who are both annoying and evil, or who conduct their shady business with a style you can't help but admire. Obviously, this doesn't apply to all major GoT villains — you can't have a nuanced relationship with a sadistic character like Ramsay Bolton, who belongs in the "characters you just hate" category. But for some GoT evildoers, it's impossible to hate them without also kinda loving their time on-screen.

While there is very little joy or lightness found in Game of Thrones, a lot of the fun of watching the show comes from the collective experiencing of discussing its shocks and twists with friends and fellow fans online. Speculating about whether certain characters are dead or alive, betting on who will win the game of thrones, and discussing how terrible the show's villains are are all part of the GoT experience. To honor the long tradition of hate-loving Game of Thrones' villains, here are the top 13 villains whose deaths we eagerly anticipate, whose weird habits we make fun of, and whose evil attitudes we secretly kind of love.

Roose Bolton is an evil orchestrator who is almost admirably competent at being evil.

The High Sparrow (who kind of looks like Bernie Sanders) is a recent addition to the show's collection of old, creepy dudes.

Robin is such a weird and creepy little kid. I kind of love him.

She uses her sexuality for evil, a twisted power usually wielded by men on Game of Thrones.

Petyr "Littlefinger" Baelish has all the gossip and self-interest, but he's somehow still a sympathetic character.

As the puppeteer of many of the Lannisters' deeds, Tywin was another one of those cunning older men whom you kind of have to respect.

The Hound is pretty lovable for a guy who's killed a lot of people.

He was so blonde and pouty that he kind of looked like Fashion Week had come to Game of Thrones, and he didn't last long enough for his villainy to get old.

Stannis was weak-willed and pathetic, so it was easy to both pity and hate him.

Representing the badass supernatural element that doesn't play a central enough role on the show (in my opinion), the leader of the White Walkers is awesomely terrifying.

You kind of have to root for the guy for managing to be so treacherous at his age.

Cersei is like one of the characters on the Real Housewives whose (sometimes drunken) villainy and cutting remarks are fun to watch and whom you definitely feel a little bad for.

We loved to see him get slapped, and we watched his death over and over again. Joffrey was the ultimate Game of Thrones character fans love to hate.

Many of these people have already died, but while you can't count on any Game of Thrones characters to survive, you can count on the fact that there will always be more villains.