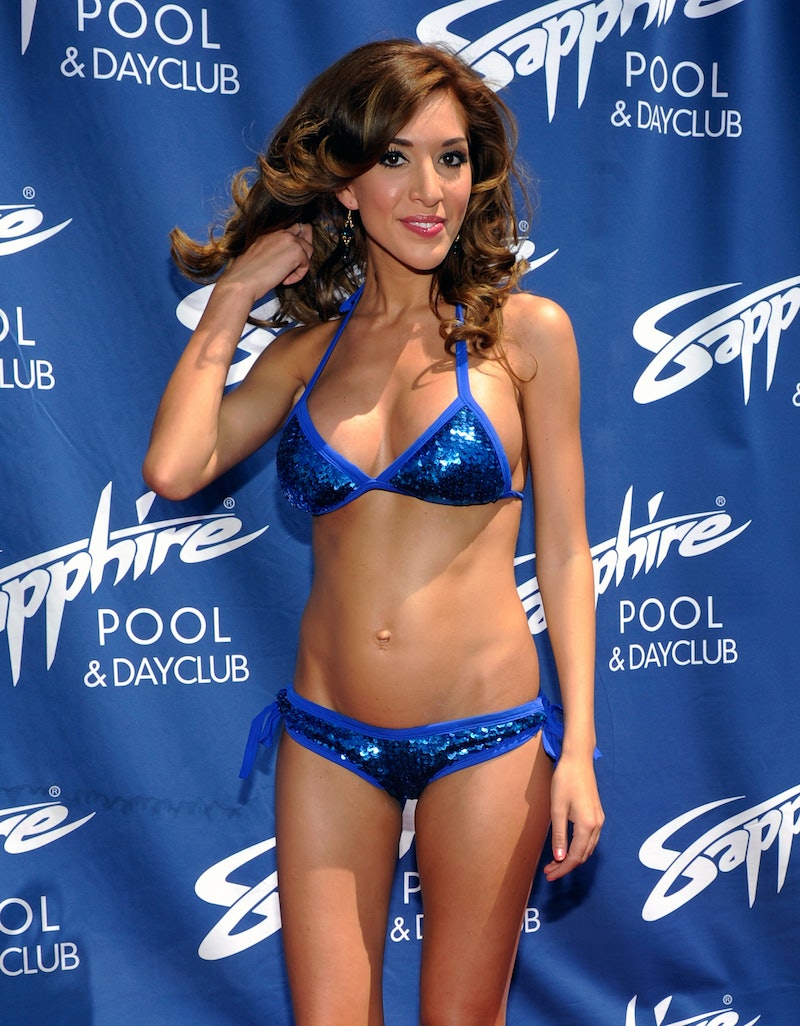 Even weirder? Apparently, Farrah tried to take photographs with Patricia Krentcil -- better known as the "Tan Mom" -- who was also a patient at the facility. You know that you're in need of some serious help when even the mom who forced her 5-year-old into a tanning booth seems more mentally stable.

Going to rehab is typically a sad side effect of the famous lifestyle, but Farrah seems to want to milk this trip for all the notoriety it's worth. It takes a special kind of person to turn an ostensibly helpful time away into an opportunity for even more press, but she's quickly realized that the more outrageous she is, the more attention she gets, and to her, that's all that matters. She'd ruin her chance to improve her health and well-being for a tabloid cover any day of the week.

One thing's for sure: Farrah, hasn't changed one bit. (Well, except for her boobs, those went from a C cup to a D cup. And her chin's changed, too. And her cheeks. And her teeth. And her hair. And her boobs ... again.)

More like this
Alyson Stoner Says She Went To Rehab After Auditioning For 'The Hunger Games'
By Jake Viswanath
Lily Allen Was “Quite Emosh” After Performing Sober At Glastonbury Festival
By Stephanie Topacio Long
Here’s How Lizzo Is Supporting Abortion Rights After The Roe v. Wade Reversal
By Brad Witter
Olivia Munn Got Real About How Her Body Hasn’t “Snapped Back” Post-Pregnancy
By Stephanie Topacio Long
Get Even More From Bustle — Sign Up For The Newsletter