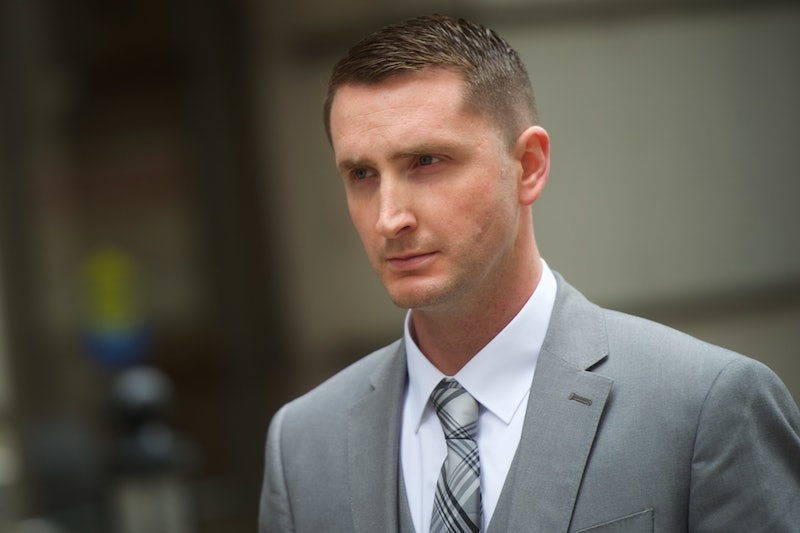 The second of six Baltimore police officers charged in the death of 25-year-old Freddie Gray went to trial last week, opting out of his right to a trial by jury and giving full authority to the judge. Edward Nero pled not guilty several misdemeanor charges of second-degree assault, reckless endangerment, and misconduct in office, which carry the potential for 15 years in prison. On Monday morning, Judge Barry Williams delivered the verdict in the Freddie Gray trial, finding Nero not guilty of all four charges.

Gray died a week after being arrested by the Baltimore police in April 2015 and driven to the station in a police van in shackles without being secured to his seat. Nero's reckless endangerment charge stemmed from failing to put a seat belt on Gray. Nero's defense team argued that the 30-year-old cop, currently suspended with pay, wasn't properly trained on transporting people in police custody and new police policies requiring seat belts be used weren't adequately distributed to officers. Fellow officer Garrett Miller testified that he arrested Gray — not Nero — and the defense claimed that the charge of second-degree assault was void since Nero supposedly didn't touch Gray.

The cop didn't testify himself, telling the court: "I wish to remain silent."

The prosecutors' case rested on the argument that Gray's arrest in itself was illegal because there was not reasonable suspicion or probable cause. Because of that, Deputy State's Attorney Janice Bledsoe argued that searching and handcuffing the man constituted assault. However, Nero's attorney, Marc Zayon, claimed such stops are legal in high-crime areas like the one Gray was arrested in. Although Miller took responsibility for detaining Gray, Bledsoe quoted statements in which both Miller and Nero used "we" when detailing the arrest.

Baltimore mayor Stephanie Rawlings-Blake issued a statement regarding Nero's acquittal, saying the cop will now face an administrative review by the Police Department. "This is our American system of justice and police officers must be afforded the same justice system as every other citizen in this city, state, and country," Rawlings-Blake's statement said.

Nero's trial was just one of many to be held for Gray's death. The first cop tried, William Porter, will have to return to court after his case ended in a mistrial in December because jurors couldn't agree on a verdict. His new trial is scheduled to start June 13. Officer Caesar Goodson Jr.'s trial is set to begin June 6, and the van driver faces a much harsher second-degree murder charge.