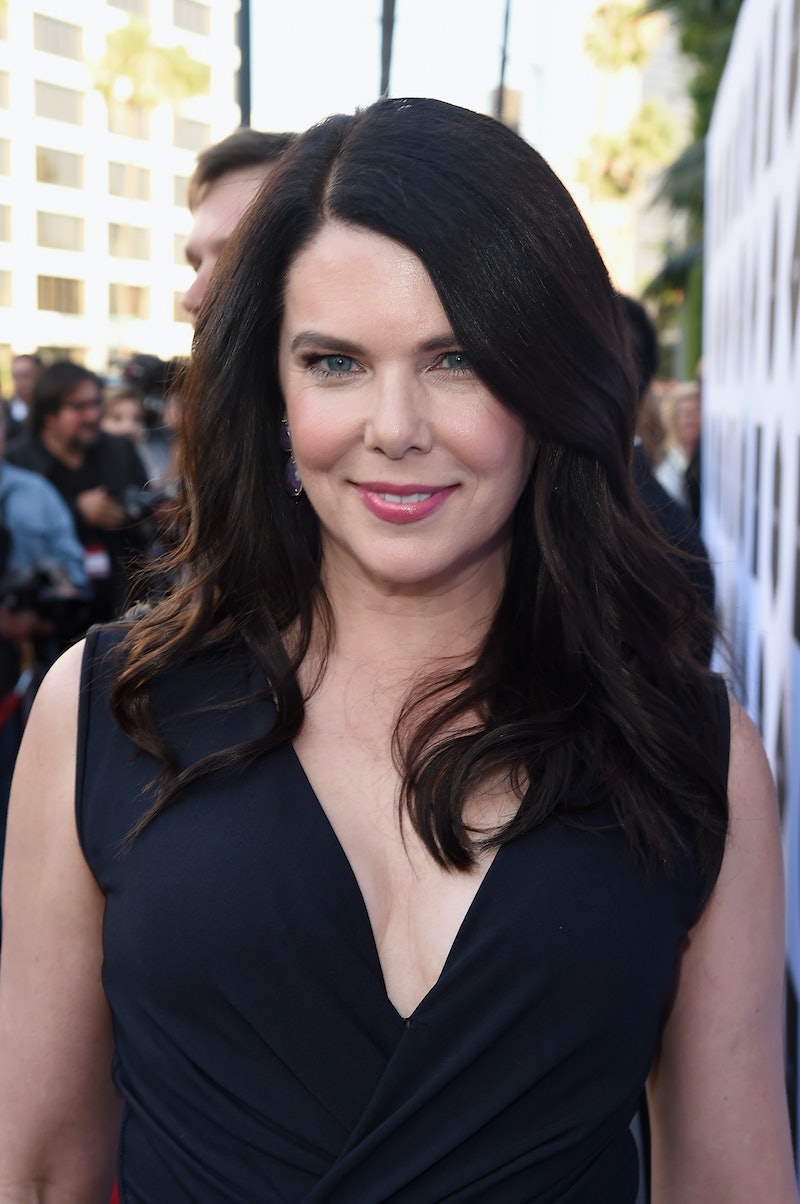 Just last week, Lauren Graham announced the name of the Gilmore Girls reboot, Gilmore Girls: A Year In The Life, on The Ellen Show, and Monday she returned alongside Ellen DeGeneres to reveal even more exciting news: She has a new memoir coming, and it's going to spill loads of anecdotes about our favorite mother-daughter show. Lauren Graham's new book Talking as Fast as I Can!: From Gilmore Girls to Gilmore Girls and Everything In Between is coming this fall, November 22, from Penguin Random House, and it's a must-own for any true Lorelai lover.

"I thought that it was so kind of strange and wonderful to have played this character and then get to play her again that I started writing about it," Graham said on Ellen, "and I have a book of essays that are hopefully humorous coming out concurrent to when the show comes out."

"It's called Talking as Fast as I Can!, for obvious reasons," she quips.

Talking as Fast as I Can! is Graham's first work of nonfiction, and it contains a collection of essays about her time on the set of Gilmore Girls — both times — her time on Parenthood (Bravermans forever), and her experiences in "life, love, and working in Holloywood." Of course, it has her fun, totally hilarious, and pretend BFF tone we all know and love. (Don't even tell me she's not also your pretend BFF.) Graham has previously published a novel, Someday, Someday, Maybe, which became a New York Times bestseller.

Graham teased this news on Twitter last week, sending her fans into a frenzy at what else she could possibly bestow upon us.

On Ellen, Graham also told the host that she herself appears several times in Graham's book.

"I talk about how incredibly supportive and great you’ve been to me, and then there’s a chapter called 'You Can’t Be Vegan Just for Ellen' because I’ve realized that over the years I’ve tried to be vegan but one of the real main reasons is because I want to be more like you, which I then also realized is the premise of the stalker film Single White Female," Graham said, laughing.

On the Penguin Random House page for Talking as Fast as I Can! Graham opens up about more stories we can look forward to in her book:

This book contains some stories from my life: the awkward growing up years, the confusing dating years, the fulfilling working years, and what it was like to be asked to play one of my favorite characters again. You probably think I’m talking about my incredible achievement as Dolly in Hello, Dolly! as a Langley High School junior, a performance my dad called “you’re so much taller than the other kids.” But no! I’m talking about Lorelai Gilmore, who, back in 2008, I wasn’t sure I’d ever see again. Also included: tales of living on a houseboat, meeting guys at awards shows, and that time I was asked to be a butt model. A hint: all three made me seasick

Bottom line: I don't think Graham has to wonder if the book is going to be humorous, with a description this funny and a woman this awesome writing it.

More like this
16 Novels That Paint A Realistic Portrait Of Abortion
By K.W. Colyard
Lauren Rae Is Bringing Back The Sex And The City Vibes In Her New Memoir
By Shahed Ezaydi
At 14, Jenny Han Wrote Rom-Coms About Her Friends & Fan Mail To Leo DiCaprio
By Alyssa Lapid
Aesop's Queer Library Is Open
By Tomi Otekunrin
Get Even More From Bustle — Sign Up For The Newsletter