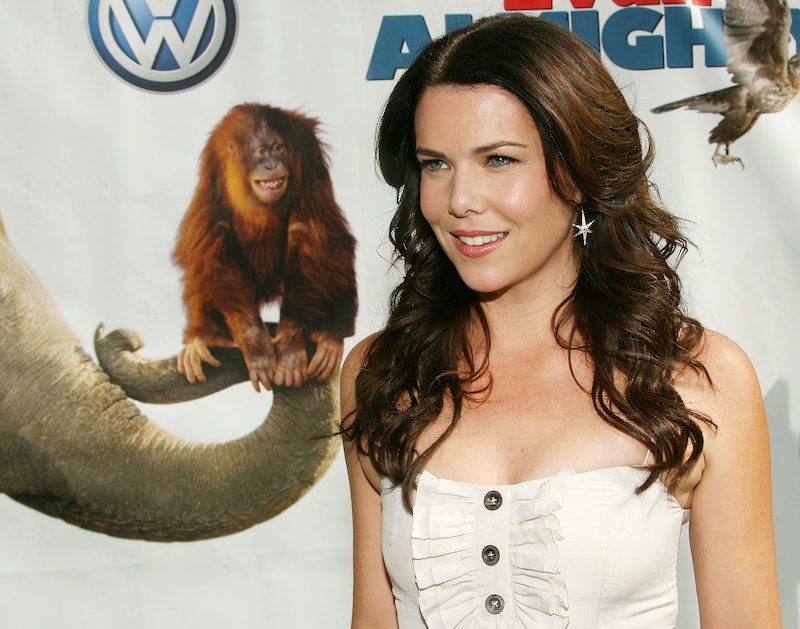 As the title suggests, the book will give readers some inside knowledge about their favorite mother-daughter television duo. According to Penguin Random House, the actress will share stories about life, love, and working in Hollywood. The work of nonfiction will be a collection of essays, written in an "intimate, hilarious, and down-to-earth voice."

Graham, best known as Lorelai Gilmore on Gilmore Girls and Sarah Braverman on Parenthood, previously released a novel called Someday, Someday, Maybe , which went on to become a New York Times bestseller. Talking as Fast as I Can is her first work of nonfiction. She tells Ellen:

I have a book of essays coming out concurrent when the show comes out. It's called Talking As Fast As I Can, for obvious reasons.

In a press release, Penguin Random House described the book as "a collection of humorous and heartfelt essays about the awkward and confusing dating years, and the fulfilling working years as an actor in Los Angeles. Graham will also recount her experiences playing Lorelai Gilmore — the first and second time — and will give fans a behind-the-scenes look at the Gilmore Girls revival on Netflix."

Graham will return to Gilmore Girls in a Netflix revival of the original series, titled Gilmore Girls: A Year In The Life. All the original characters will return to the show, expected to air sometime before Christmas. Yes, that includes Alexis Bledel, Kelly Bishop, Scott Patterson, Liza Weil, Milo Ventimiglia, Matt Czuchry, Jared Padalecki, and more.