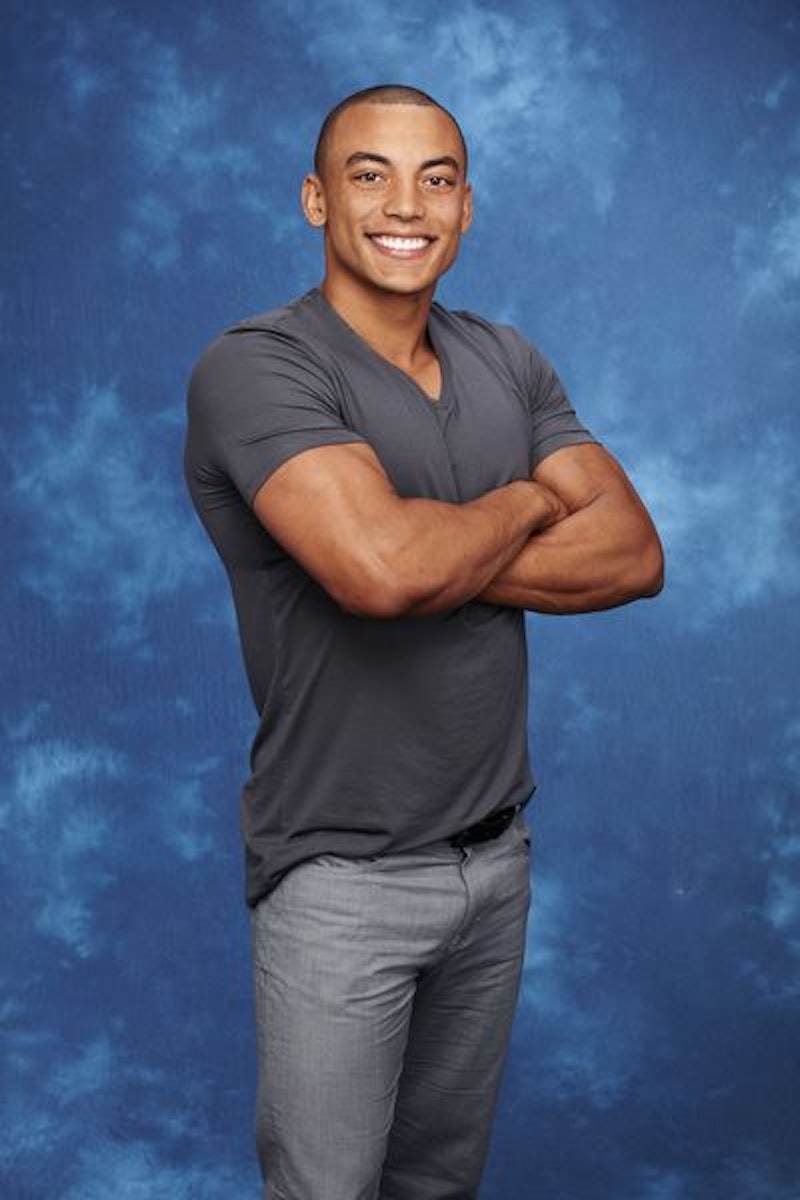 One of the best parts of meeting 25 new men on The Bachelorette is, well, meeting 25 new men on The Bachelorette. I like to see what kind of hodgepodge ABC puts together every year, and the eye candy certainly doesn’t hurt. There are plenty of nervous laughs and smiles, but it’s not all sunshine and rainbows — some of the cast members have very serious stories that they’re almost ready to tell JoJo. First up? The Bachelorette contestant Christian, who has battled racism his whole life and come out the other side.

As Christian talks about in his pre-limo arrival interview, he’s “the most motivated guy you’ll ever meet.” A tech consultant by day, he wakes up at 3:30am every day to hit the gym. I don’t think I’ve ever seen 3:30am unless I have to get up for a glass of water. Christian is also biracial — he has a black mother and a white father. According to him, his father’s family didn’t know he existed until Christian was in seventh grade, and to make matters worse, his grandfather — his father’s father — was a racist and didn’t allow Christian to show up for family functions or the like on that side of his family. How awful is that?

Despite that trauma, Christian seems to have come out the other side. His two younger brothers live with him, and he “wants to be a great role model” for them. I think it’s really commendable that Christian is able to put that past behind him — he’s fit, smart, attractive, and has a great job.

If his grandfather didn’t want to meet him, that’s his grandfather’s problem. Christian seems like a fantastic dude, and I bet any girl (especially JoJo) would be glad to have him by her side. Will JoJo pick him? We’ll just have to wait and see on The Bachelorette.